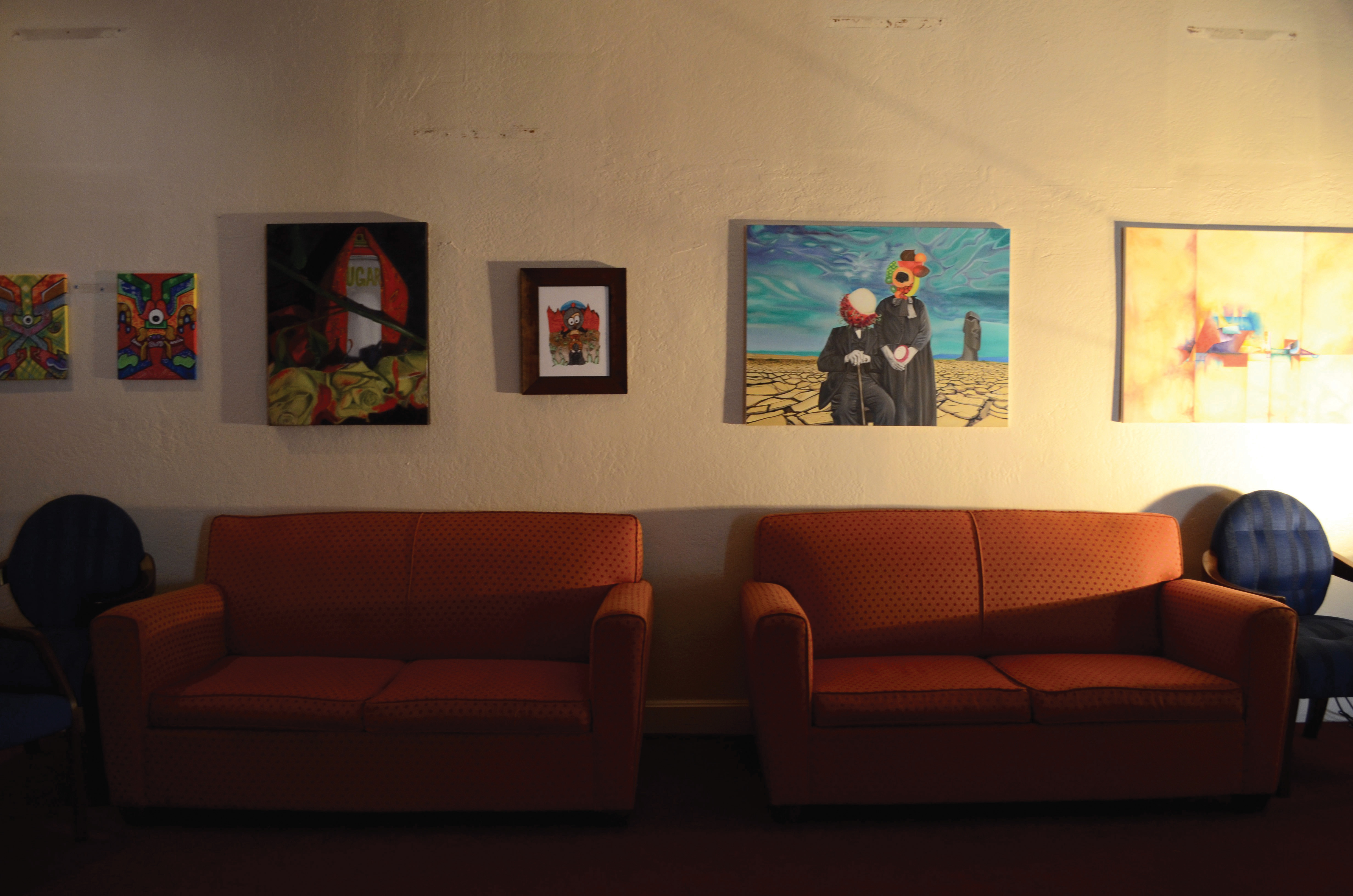 The Isla Vista Recreation and Parks District hosted the second annual Meet Your Neighbors Day on Sat., Oct. 17th. Among the many events scheduled throughout IV was a tour of a former church at 976 Embarcadero Del Mar, introducing locals to the space that will become a new community center for residents.

Students, children, staff, police officers and community members arrived to tour the space. Right as they walked in, there was a table where they were encouraged to pick up a blank map of the building, and draw on it to express what they felt needed to be renovated and what the space should be used for. This allowed the guests to express what they felt the community needed and how the center could potentially serve those needs.

Super Cuca’s and fresh fruits were provided to visitors, and artwork from students in Kim Yasuda’s IV Open Lab class was hung on the walls. In a subsection of the room were watercolor paintings from Susan Whisenand, a contemporary artist whose work is exhibited in Santa Barbara.

Inside the building, there were community members on the couches, lounging and conversing with one another throughout the day, people at the tables painting or drawing, often on the blank maps, and a main stage where activities were taking place from 11 AM – 3 PM. There was a yoga class, an open mic and a zumba class to end the day.

AS External Vice President for Local Affairs and third year history of public policy major Paola Dela Cruz gave me her opinion on why a community center for residents is needed and why she wants to make sure it happens, as well as details about how this new community center came to be.

Dela Cruz wanted to save the building, put it to good use and be heavily involved in the process. Those involved in organizing the event were the community center group that meets in the Isla Vista Resource building, IVRPD, Rodney Gould, Paola Dela Cruz, Kim Yasuda and the students in her open lab, AS Isla Vista Community Relations Committee and long term residents of the community.

The groups overseeing the project and who have the final say for what happens to the building are numerous, according to Dela Cruz. Some groups involved are the Ad Hoc committee and the Green Design Committee, who would decide, for instance, if a wall needs to be taken down or if glass windows need to be installed. These groups have been tasked with listening to the community, which is why they wanted residents to write and express their ideas at the event.

Dela Cruz envisions the space being rented out for quinceañeras, graduations, zumba or yoga classes, and hopes for the space to be utilized to create change in the community. Her goal is for the space to be the hub, or nucleus, in the area for long-term residents. She says that it would be a nice space for non-students, seeing as students already have designated spaces in IV such as the Pardall Center. However, the community center can be another place where students can go and not have to travel all the way to campus.

The new community center is projected to open in Spring 2017. County Supervisor Doreen Farr has already allocated approximately $450,000 to fund the project. However, extra funding from community and student fundraisers will be needed for additional costs.

Some of the ideas residents had for fun activities in the space were music jams, open mics, yoga classes and film screenings. Another resident thought they should add more windows, skylights, bigger doors and native plants. Another suggested the space should be turned into a music studio, where it could be an area for musicians to rehearse. Others wrote that it should be a place for contemporary art shows, salsa/cumbia dance nights or zumba classes.

The community center seems to be what IV has been missing, and from the turn out at the event, it seems as though residents are excited and glad that they have the opportunity to voice their opinions on what it should become.