Students streamed into Associated Students Senate’s Oct. 14 meeting in support of the elections code reform that aims to revamp parties within student government. A Bill to Switch Associated Students Election to a Single Transferable Vote System (STV) passed unanimously, following a public forum where students advocated for passage of the bill.

STV endeavors to switch the current elections voting system from First Past the Post, where candidates who receive the most votes automatically win, to Single Transferable Vote, which allows students to rank their choices for electable offices. The bill passed via consent with no opposition, which speaks to the willingness of Senate to begin the process of turning student government into a more open and democratic process.

On a campus where only 40 percent of students vote — the most of any UC campus — many were concerned that those elected did not adequately represent the majority of their constituents. Numerous students came to advocate for the passage of the bill, representing various underserved communities throughout the campus. The ultimate message expressed to Senate reflected a hope that AS would branch out from its allegedly alienating reputation, and bring about more equitable representation.

“We’re in a dilapidated system, and I think there’s been ulterior motives, and I don’t think that’s a good place to be when we’re in public service,” said Catt Phan, a caseworker in the Office of the Student Advocate General. “We don’t work in AS, we serve in AS … People are in line to voice their opinions and we’re shutting the door on them.”

Many students involved in various AS entities and human rights groups on campus also attended in support of STV to demand for more than a one-party system ruled campus; more racial, gender and sexual identity diversity and representation; and more students to participate in the political system. Former AS candidates attested to the unfairness of elections, especially where independents and minority parties were concerned in representing students in the Senate system.

A few students recognized the diversity within the Senate, yet stated that they still did not believe that they were being fairly represented. Whether Senate works to address the needs of various student groups on campus, or is a voice to support the groups already making efforts on campus, it was important to those in attendance for Senate to support the wide range of perspectives and identities on campus.

“I reckon that all of y’all in here will agree that the students of this university are much more receptive and much more engaged with their governments when they feel like those governments are serving them, listening to them, representing them and creating systems that will include them and honor their perspectives,” said Graduate Student Association Vice President of Committees and Planning Timothy Irvine. “We may be a university, not a state, but I think all of us in here have a duty to represent and serve our students as constituents instead of serving ourselves or our parties.”

Josephine Ampaw, a third-year political science and feminist studies double major, opened her public forum time slot with comments on how unfortunate she believed it was that she was the only African woman in the room of students present to speak and be represented among Senate.

“You all are supposed to be representing the 23,000 students out there, and that’s not happening,” said Ampaw. “So I think that this elections reform must be worked on, and that is your job. That is why you were elected. That’s why you were voted in … How is it that this campus has one party, but the U.S., the country, has two?”

Some still had concerns about the enactment of STV. AS President Jimmy Villarreal drew from personal experience to express his fears about the outcome of campus political climate in response to the passage of the vote. Specifically, he shared concerns about groups serving different constituents “warring” around the community, and hostility within parties.

“I just don’t know what it means; I’ve ran in three elections and I’ve had no problems with it. It’s done me alright,” Villarreal said, followed by laughs from the Senate.

Later during public forum, students came to speak about the death of second-year pre-biology major Andres “Andy” Esteban Sanchez, who passed away on Oct. 11. Students Marvin Ramirez, Ashley Baker, Areli Balderrama, Jocelin Hernandez, along with housemate and Off-Campus Senator Alejandra Melgoza, all testified what they had seen on Sunday morning prior to Sanchez’s death.

At the meeting, the students made demands for Senate to encourage more transparency regarding the tactics and protocols of law enforcement currently operating within IV, and urged the audience to not forget the incident that occurred that Sunday morning. Ramirez, Baker, Ariana, Hernandez, and Melgoza all testified that they had experienced racial discrimination and police negligence, along with law enforcement’s alleged disregard of their own personal testimonies and attempts to aid Sanchez.

“I do want to stress the racial dynamics and dimensions that occurred in this incident, because even our community resource officer seems to still have a misconception of what we were trying to say, and was this a racist incident,” Hernandez said. “We’re trying to say that this was a structural incident.”

Hernandez also shared her perspective on how IV has dehumanized and stratified the perspectives of the “rich white college kids who live on [Del Playa Drive]” and the experiences of the predominantly-Latino families “who pick trash cans” inhabiting Abrego Road and inland IV neighborhoods, a bigger structural concern within the community.

“We need to start changing these things, and we really need to start really thinking about these tragedies, because it shouldn’t have to take a tragedy for us to make a change,” Melgoza said. “It needs to stop. We need to pay attention; we’re public servants. We need to look at what students want before tragedies happen.”

The students proceeded to pass out white roses to each senator as a symbol of taking the pain the community experienced and transforming it, and as a reminder of the senators’ responsibility to help the community do so. A vigil in remembrance of Sanchez was held at 8:30 PM at the Pardall Center on Oct. 15. An article with more information on Sanchez’s life and the investigation currently surrounding his death can be found here. 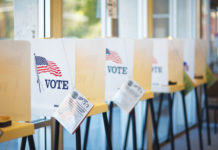 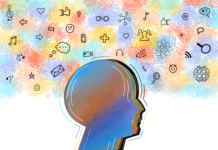