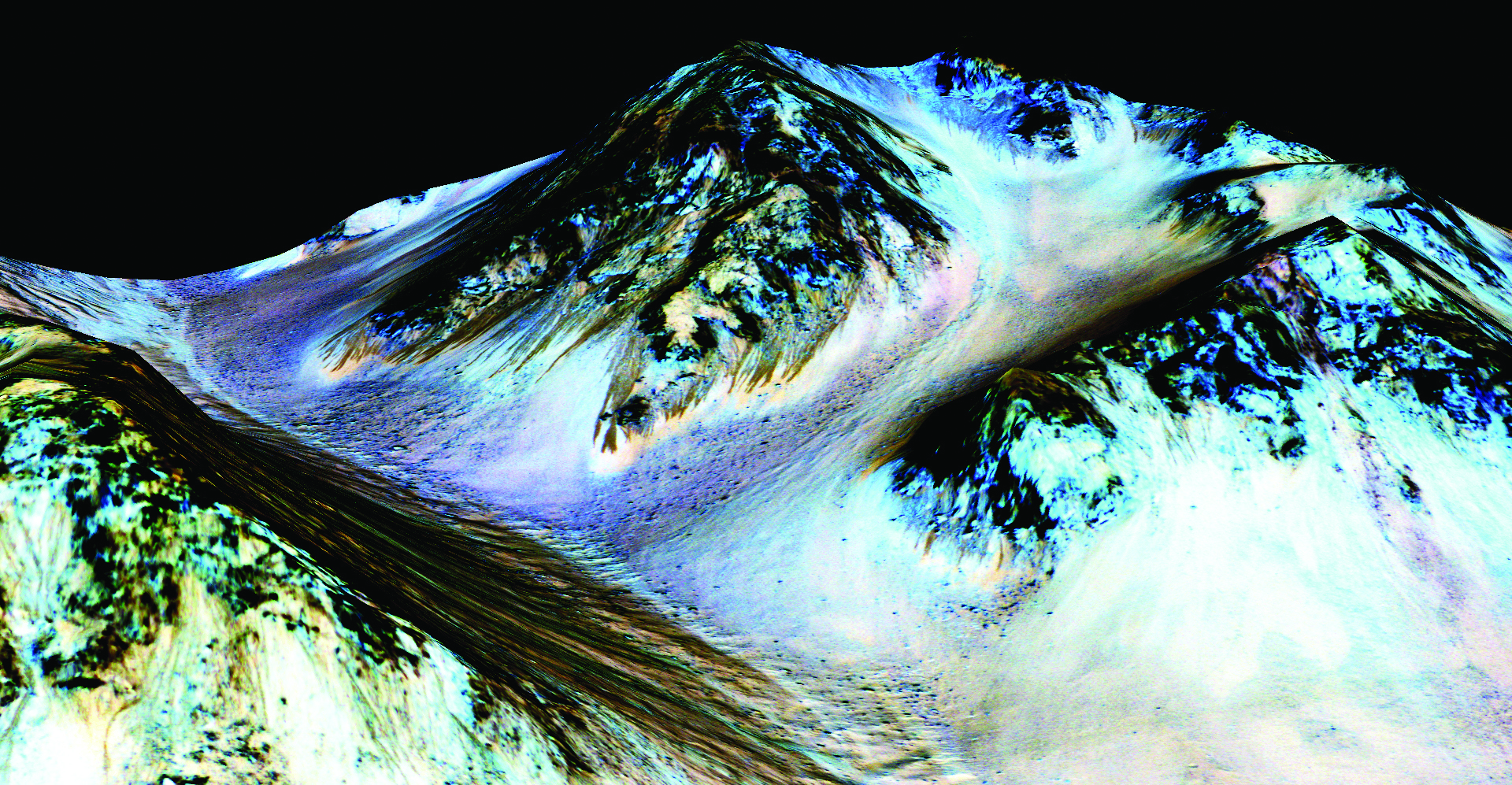 Through the use of their Mars Reconnaissance Orbiter (MRO), NASA has found proof of liquid water currently flowing on Mars.

“This is the first time we’ve found flowing water on a planet that’s not ours,” said study lead author Lujendra Ojha, a planetary scientist and doctoral candidate at the Georgia Institute of Technology, in an interview with the LA Times.

“What we found was the detection of hydrated salts on the surface of Mars that are in association with the special features that we see on the slopes, that we call slope lineae,” said Mary Beth Wilhelm, research scientist at NASA’s Ames Research Center in Moffett Field, in an interview with The Bottom Line. “This detection implies that there is flowing water on the surface of Mars today”

Wilhelm said that the presence of salt changes the pressure and temperature conditions of water. Since pressure is too low on Mars’s surface, water is not stable; but with the addition of salt, the water is able to stay in a liquid state.

Wilhelm explained how the team went about making these findings through their research. The instrument that they used called CRISM looks at energy in wavelengths that can’t be seen.

“[CRISM] looks at the infrared part of the spectrum,” she said. “Sometimes, different types of materials will absorb light in different parts of the spectrum, and that can be a fingerprint of a specific mineral or a specific salt. We found absorption features within the data that were consistent with a hydrated chlorate”

According to Wilhelm, the team looks forward to doing further research about where the water is coming from, as well as life on Mars. Wilhelm herself is interested in examining the chemical signatures for life on the Red Planet.

“The building blocks that make up life as we know it are some of the things that many people at NASA are trying to find out about and research,” she said. “We are trying many instruments for these types of detections, and it is certainly something we can answer within our lifetime.”

Wilhelm expressed excitement over the research done, and is eager to have their research published in a scientific journal in order to share NASA’s findings with the public.