This past Thursday, the Script to Screen series kicked off its fifth season with a screening of Academy Award winning film American Beauty, followed by a Q&A with the film’s screenwriter Alan Ball.

The theater was packed with mostly film students, a generation of people who have all seen, studied and admired the film, but were barely out of diapers during its theatrical release in 1999. This event gave these young film aficionados an opportunity to experience this cinematic classic digitally remastered in a theater.

The film has undoubtedly aged well. American Beauty is one of those films that remains fresh and awe-inspiring even after numerous views. In that sense, this viewing was no different: the xylophone-heavy soundtrack still strikes nerves, flaws are still impossible to find in the cast and the magic in the roses has not yet faded. In a close-to-perfect film, its strongest feature remains, as Ryan put it, the film’s “powerfully, amazing script.”

Immediately following the film was the Q&A with screenwriter Alan Ball. One of the most interesting experiences of the night was watching highly respected theater director Ryan fangirl-ing over Ball. In hindsight, Ball is definitely a man worth fangirl-ng over, as he also created and wrote for the hit HBO shows True Blood and Six Feet Under. From what I can tell, anything this man writes becomes a cinema or TV cult.

Five seconds into hearing Ball speak, it was easy to see where American Beauty’s Lester Burnham comes from. The dry sarcastic humor, the precision with which he speaks and even his body language matches that of Burnham.

When discussing his inspiration for the story and the characters, Ball said that “there is not much about the film that is autobiographical that I can see. I’m sure there’s probably stuff that I’m unaware of, ‘cause I’m in denial.”

He continued to discuss the sources of inspiration behind some of the characters: his mother’s depression inspired Allison Janney’s character Barbara Fitts, Cybil Shepard (he was a writer on the sitcom Cybil in the 1990’s) inspired Annette Benning’s character Carolyn Burnham and then he finally admitted, “I think there’s probably a lot of me in Lester.”

It seems almost as if Sam Mendes (the director) advised Kevin Spacey to observe Ball for a few minutes in order to understand who Lester Burnham really is. This seems quite possible as Ball mentioned that Sam Mendes “had [Ball] read the entire script and play all the characters while he listened because he wanted to listen to how the dialogue sounded in [Ball’s] head.”

Ball reiterated numerous times during his interview how important it was to him to have this film remain true to its original intent, which is why he thought no other director would have worked as well as Mendes. “The movie he wanted to make and the movie I wanted to make were the same movie,” Ball said.

This decision later cemented both Mendes and Ball as Hollywood heavyweights, a title which is undoubtedly true but doesn’t sit well with Ball. He shuns any notion of being a big Hollywood name, and unlike most cases, his humility seems genuine.

Ball is a man who Hollywood showers with praises he couldn’t be bothered, as he doesn’t take the industry seriously. By the end of the Q&A, it was no surprise that this is the man that created a film as honest as American Beauty. It’s safe to say all three-hundred-something people left Pollock satisfied.

Why Are Book-To-Film Adaptations Always So Bad? 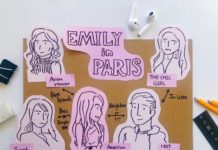