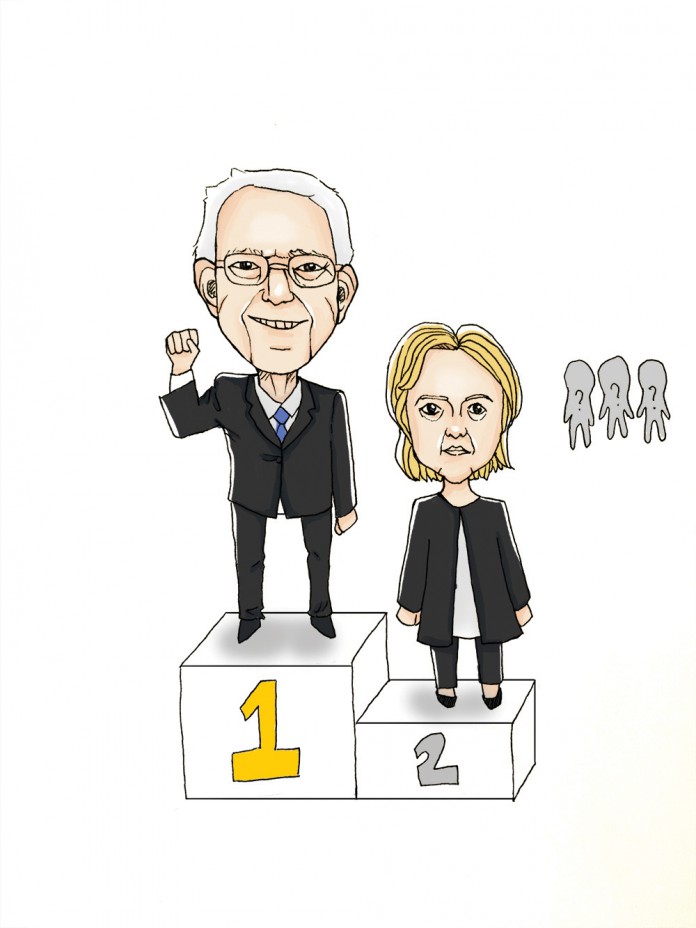 Having already been entertained by two Republican Party debates, the American public got its chance to look at the candidates on the other side of the American political coin via the first of six scheduled Democratic Party debates, which took place on Tues., Oct. 13 in Las Vegas, Nev.

The candidates in the debate were all courteous, and never lambasted one another as the GOP candidates have routinely done this primary cycle. Although it was Reagan who coined what is now known as the eleventh commandment, “Thou shalt not speak ill of any fellow Republican,” it is the Democrats who are adhering to this philosophy.

Without charisma and appeal, and with limited questions and screen-time from CNN concerning the lesser three candidates, the debate was most useful in showing the major differences between Clinton and Sanders on central issues.

When it came to gun control, Clinton was the tough candidate, advocating a nationwide re-hauling of gun laws. Sanders argued that the system is broken, but does not see a reason to outright ban all guns. Clinton’s harsher stance on gun control appeals to more prospective Democratic voters, giving her the upper hand on the issue.  This, however, was the only area in which Clinton excelled, as her answers in every other major issue were more vague and unattractive.

As far as foreign policy went, Clinton was by far the most combative and belligerent, supporting a no-fly zone in Syria while denouncing Russia’s involvement in the region.  Furthermore, she reminded everybody of her failed war in Libya during her time as secretary of state, rather unsuccessfully trying to spin into a positive what is largely perceived as a shortcoming. Sanders, on the other hand, being the only candidate on stage who did not vote for the Iraq War, distanced himself from unnecessary foreign military involvement — a sensible stance given the litany of other problems facing the United States.

Throughout the debate, Clinton seemed to have a chip on her shoulder, which was seen in her harshness with Snowden, and the fact that she appeared to be the biggest war-hawk on stage.  Given that a deal has been made between Iran and the west this past year, her closing statement, which highlighted her pride in making the Iranians her enemy, did a great disservice to those devoted to closing the gaps between the two historically hostile nations.

In terms of the content itself, Sanders was the clear winner of this first debate. Even in areas where his record shows weaknesses in the political left, he gave solid justifications for his voting history. He explained his reasoning for voting against a 1993 bill which would have strengthened background checks for guns, stating that he was representing his rural constituency.  The other candidates had a much more difficult time defending themselves from their questionable prior decisions.

While Clinton mentioned income inequality problems, she provided no potential solution. This should come as no surprise, though, as Morgan Stanley and JP Morgan Chase — two banks which received tens of billions of dollars in bailout money from the U.S. Federal Government — are two of her top 10 campaign contributors. Sanders, meanwhile, gave explicit solutions, highlighting a plan to greatly raise taxes for the rich in order to compensate for his vision of free college tuition, free healthcare and better education within the United States.

Having already expounded their views on issues in this first debate, with no major political errors from any of the candidates, it will be interesting to see how the candidates will further their arguments for being the best possible nominee for the 2016 race. If history and trends give us a glimpse of the future, however, one can assume that Sanders will continue to rise, with Clinton, the early favorite, falling behind a new face on the national stage.