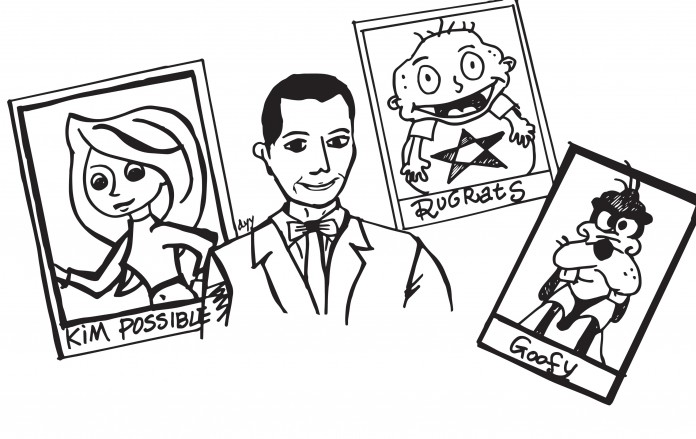 For the first time in over 27 years, a new Pee-wee Herman film is coming our way in the near future. According to the A.V. Club, Judd Apatow will produce and John Lee will direct Pee-wee’s Big Holiday, confirmed for release on Netflix. This is exciting stuff, people. There is no doubt that hard-core Pee-wee fans are excited about this upcoming release, but what about other beloved and sadly forgotten characters from our past? Netflix seems to be snatching up a lot of good shows, and with this movie adaptation, there are endless possibilities for the revival of other old friends, such as:

Rugrats – I don’t think I’ve met one person who doesn’t at least know of Rugrats. Which makes sense, considering that a group of walking, talking babies that go on adventures without their parents noticing is hard to forget. I don’t know about the rest of the world, but I’d love to see where Tommy, Chuckie, and the gang are these days. Remember Nickelodeon’s attempt at a revival with All Grown Up? We can do better! Perhaps instead of high school (or was it middle school? I don’t think anyone was really sure about that) we can see how the good ol’ Rugrats are doing in college. As infants, they got away with so much, so who knows what they would do in a university setting. Has Tommy moved on to pockets, or does he still keep things in his diaper? Does he still wear a diaper in college? (Is that some kind of weird hazing ritual?) Is Angelica in a sorority? Does she still carry around a demented Cynthia doll with no hair? What kind of bottles do they drink from now? Has someone figured out how to fashion that Reptar figurine into a bong? Come on Netflix, I just gave you a whole season’s worth of material. Make it happen.

An Extremely Goofy Movie – Aside from the fact that I have no recollection of what happened in the first Goofy Movie, I’m sure we can all agree that it is quite possibly one of the best movies of all time. It has been far too long since the world has seen these odd dog-human characters, their seemingly useless, but never forgotten white gloves, and a successful Leaning Tower of Cheeza. We can only hope that Goofy married that totally groovy librarian and that Max successfully graduated from college, without his dad there. I’d love to see these characters come back to life—literally. It is only fitting that the revival of this classic Disney movie would star real actors dressed as Wilfred-esque dog-human beings and partake in various shenanigans. If Netflix, or Amazon, or Yahoo, or whoever wants to get into vaguely terrifying, avant-garde, stoner programming, look no further than the Goof Troop.

Bedazzled – Now, this is one of my personal favorites. Granted, I’ve only seen the 2000 remake of the original 1967 movie, but I’d love to see a sequel. The original followed a rather awkward and lonely main character, Elliot (Brendan Fraser), who stumbles upon the devil (Elizabeth Hurley). She offers him seven wishes in exchange for his soul. I probably watched this movie at least 20 times as a kid, and I’m sure if Netflix did a good enough job on a sequel, I would watch that just as frequently. Also, I’m positive that both Fraser and Hurley are free, and up for doing another one of these. I mean, they haven’t really been relevant since the first one. Come on, who wouldn’t want to see another movie where Elizabeth Hurley is the devil and attempts to steal people’s souls? The fact that this movie has yet to receive some kind of update astounds me.

Kim Possible – This is another animated show that would definitely have to star real actors. If I was scrolling through Netflix and saw a Kim Possible Movie, my life would instantly be better. Anna Kendrick would be a pretty kick-ass Kim Possible, and I can imagine someone like Josh Hutcherson playing her sidekick, and love interest, Ron Stoppable. Then there is Rufus, who cannot be forgotten. He would probably have to be animated in because of his naked mole-rat amazingness, and I’m sure by now Ron and Rufus have been offered several record deals after their hit “The Naked Mole Rap.” I’m also very curious to see how the creation of the deliciously gross “naco” would take place in real life. It always looked extremely appetizing in cartoon form, so, according to the laws of animated food, it should be even better in real life. Maybe Kim has moved on from organized crime-fighting and is saving the environment. I can see it now: Kim Possible and the Sitch in the Ozone Layer.