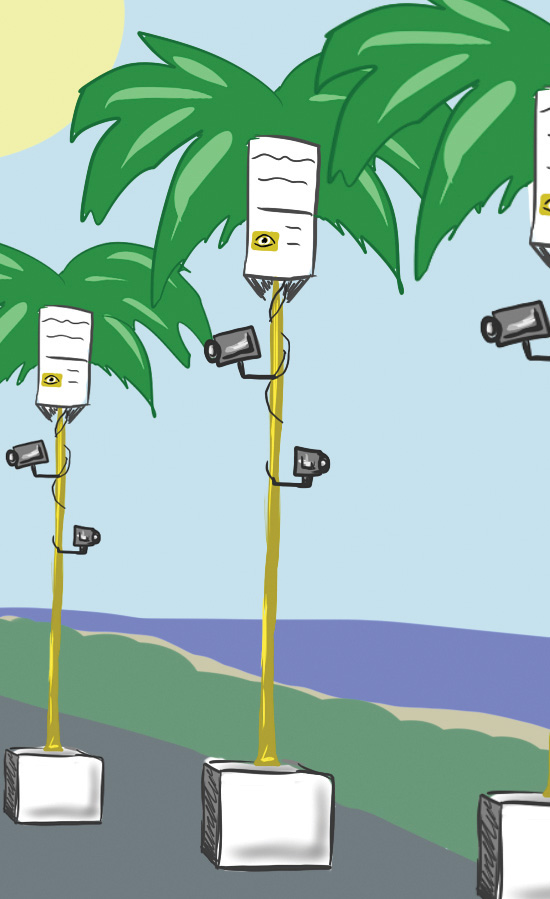 It was unacceptable to the highest degree, and it looks as though this year’s “Deltopia” is going to be just as big as last year. The police know this, the residents of Isla Vista know this, and yet thousands of people will be back on the streets, just like last year. Facebook event pages are filling up with RSVPs by the thousands already, and each of them promises a good time to the prospective attendees in the vaguest of language.

The fact is that there will be very few parties on Deltopia. Those who try will be shut down by the police, and if this school year’s Halloween was any indication, many Isla Vistans will either hole up for the weekend or even leave town. It is not any fun to party under increasingly Draconian law enforcement and noise ordinances. It is not any fun to deal with parking headaches, unwelcome strangers, or an atmosphere full of tear gas.

It feels as though our community will once again be held hostage on the first weekend of April. It is probably too late to change that for this year. The Facebook event pages are already up—out of town attendees have the date saved. Even if Isla Vistans manage to force the Facebook pages down, our town will still be inundated by a motley assortment of visitors looking for parties that do not exist.

The only solution to the Deltopia conundrum that seems even moderately feasible is to develop the event into a legally-sanctioned block party. This accomplishes two key objectives—it grants law enforcement an adequate ability to regulate the event, and it gives potential out of town visitors something to do. The lack of available activities is the cause of almost all the problems facing Deltopia.

The people on the street rioting and making the event miserable for the community were largely not residents. Just north of 90 percent of last year’s arrests and citations were from people not affiliated with the University of California, Santa Barbara. While that fails to account for resident community college students or other locals, it is statistically significant enough to assume that at least a majority of the rioters were non-locals.

Though the rioters’ behavior was in no way justifiable, it is easy to identify the source of their frustrations—the lack of promised parties. This leads back to the concept of a block party. It is not advisable for residents to hold a number of large, public, and personally-run parties. The danger of vandalism, theft, and property damage is too great.

Block parties are possible to organize in the city of Goleta, but they require extremely advanced planning and logistical efforts. The application for a “Special Event Permit” in Goleta requires that the applicant(s) furnish insurance for potential damages, including deposits for “Sheriff’s Services” and “Cleaning Deposit.” It is easy to see why nobody has done this yet. With such a revolving door of students in Isla Vista and no self-governance, there is no single group of residents who has been capable of pulling this off.

But that does not mean that we ought not to try. A safe, fun, and clean Deltopia is what Isla Vista needs going forward. The legacy of Deltopia and its predecessor “Floatopia,” must be changed. There are enough weekends during the school year for residents to party and drink. It would be nice to have a day of live music and good food that residents and guests alike can enjoy. So for this year—brace yourselves. But we can do so much better as a community, and maybe next year we can kill the rioters with unadulterated Isla Vistan love.