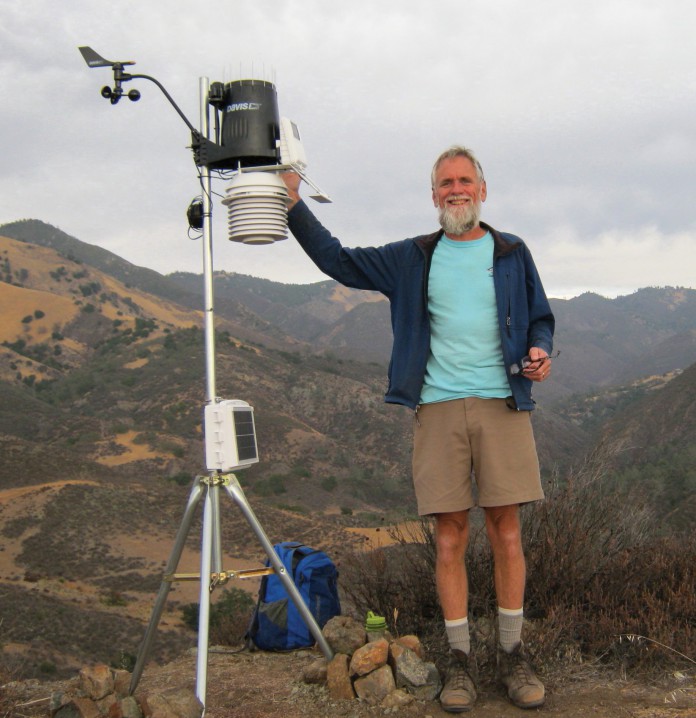 The Northern California coast has a new visitor, and it may be a sign of a decades-long Pacific climate shift that brings warmer waters and heavier rainfalls.

The bright-pink Hopkin’s rose sea slug has appeared in tide pools far north of its usual Southern California range. While its vivid features make for a surprising sight, its presence may indicate more lasting impacts in the area, according to Dr. Jeff Goddard of UCSB’s Marine Science Institute.

“Last Spring at Montana De Oro [State Park] I think we only had one. In November we saw 50. Last month it was hundreds upon hundreds,” said Goddard. “The numbers really confirmed that it’s an exceptional population bloom amongst the slug.”

The slugs are showing up during particularly weak El Niño conditions, the three-month to two-year period of warm waters and increased rainfall. While there isn’t a strong correlation between the slugs and the current El Niño, the bloom may actually signal a more dramatic Pacific climate shift.

“We have seen blooms of this nudibranch [sea slug] in past strong El Niños, but the significant event to me was the 1977 climate shift,” said Goddard. “That year was not a strong El Niño, but it turned out to mark a decadal shift in ocean climate. I equate the current [bloom] more with that.”

A decadal climate shift could bring warmer waters and increased rainfall to the California coast, similar to the short-term impacts of a strong El Niño.

“If this turns out to be a decadal climate shift, then I think there’s a good chance that the next El Niño will be a strong one,” said Goddard.

Food sources could be impacted, including plankton and bryozoa, the small creatures that the slugs feed on, as well as kelp beds that support a wide range of life. This could lead up the food chain and affect many species, including salmon and sea birds.

“There’s all kinds of organisms that can be affected by these warm water events,” said Goddard.

The long-term ecological impact of the slugs has yet to be determined, and it’s unclear if their presence will last.

“I’m interested if some of these species will move north, get a foothold, and stay there,” said Goddard. “I’ll bet you that Hopkin’s rose is probably going to reach southern Oregon this year.”