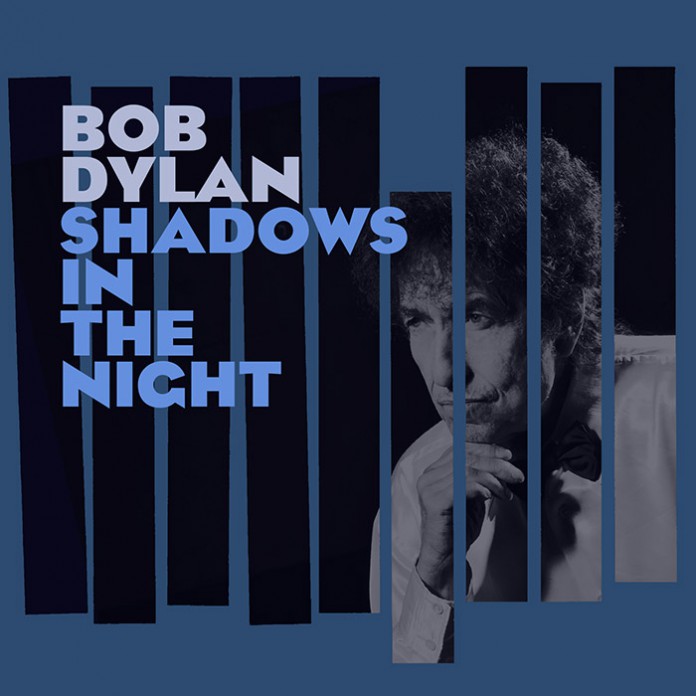 A great voice in the history of music is just that—a voice. It would prove difficult to listen to much from the work of Bob Dylan or Frank Sinatra and then be unable to feel a familiarity with them. Dylan in particular has been through it all with his voice. Since the youthful, spirited howl that elevated him to fame in the 1960s, to the scratchy croons heard on 2012 Tempest, Dylan’s passion has radiated consistently for over 50 years. In his 36th and most recent studio album, Shadows in the Night, he steps away from songwriting—his most influential trait—and covers a number of popular hits, all of which were at some point rendered, if not entirely popularized, by Frank Sinatra. In doing so, he’s recorded an album that’s nothing short of remarkable.
There isn’t a limit on the number of ways the album proves to be moving. The soulful opening track, “I’m a Fool to Want You,” starts off the album beautifully. The best track of the album also best showcases Dylan’s voice, which is as heart-wrenching as ever before. He holds his voice through a number of long notes, until just before the final minute, when it falls to a croak that transcends Sinatra’s despondent tune into pure tragedy. The album transitions into “The Night We Called it a Day,” which rings with the finality of a closing track. It’s almost surprising after the fact that the album has eight tracks left, because the opening two are so distinctively powerful. The third track, “Stay With Me,” treads with a feeling of lost love that leaves one wishing for something slightly more optimistic. Alas, what follows is “Autumn Leaves,” which expands on the lovesick sorrow for one more track. Luckily, one is able to forgive Dylan for the depression, as he sparks the third track to life with his beautiful trills more than once, but the song as a whole is a touch bit moodier than it needed to have been.

Likely not a direct response to the sentiment I expressed above, the fourth track is “Why Try to Change Me Now,” perhaps the only song of the album that wasn’t particularly popular before the recording of Shadows. In contrast, “Some Enchanted Evening” evokes a sense of nostalgia for its presence in popular culture, but Dylan turns the romantic tune into a more introspective piece. “Full Moon and Empty Arms” alone could have carried any other album, as Dylan’s emotion resonates with every quaver of his voice. Instead, it transitions smoothly into “Where Are You?”, which hints slightly at the Dylan that recorded Tempest in 2012.

However, this is not the Dylan of 2012, or any other year for that matter. Shadows in the Night is wholly original—as original as a cover album can be. Dylan has treated the music industry to his gravelly voice quite a bit through the past decade, but it’s after his renditions of these pop standards that one realizes he’s managed to record something that’s uniquely compelling yet again.

As the album draws to a finish, “What’ll I Do” features a slide guitar opening that reminds the listener of the opening track. This in turn creates a full-circle moment from which a listener forgets that the album was not written by Dylan. It does nothing to set the stage for the closing track, “That Lucky Old Sun,” on which Dylan arguably takes far more risks with his voice than elsewhere on the album. With some crescendo, the album hits something of a solemn finish. The music isn’t rich, but it’s far from muted.

Like most of Dylan’s work, Shadows in the Night strives for a simplistic melody, but it stays away from his more traditional bare-bones arrangement, which would have otherwise made the album sound slightly dated. In that, Dylan reaches a perfect balance; while the album harps on the weathered angst a bit more than it should, the old-man sensitivity is negligible in the face of an introspective, pensive piece of music. Through it all, the classic voice of Bob Dylan remains as passionate as ever.