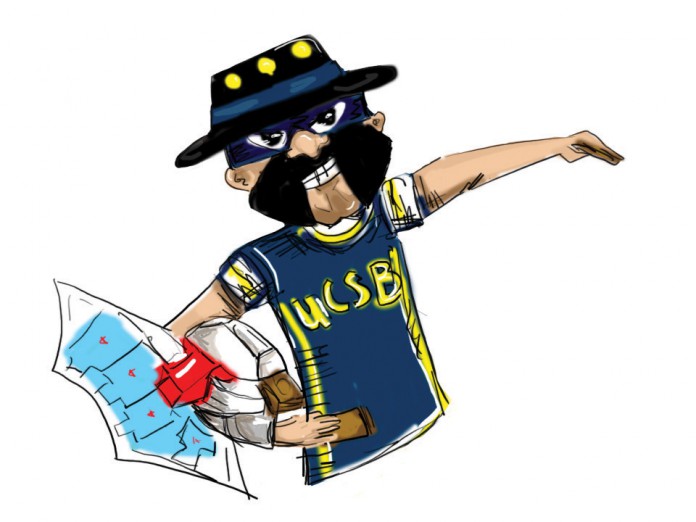 While some of us may see the once life-empowering anime and card game Yu-Gi-Oh! as part of our past, others continue to live it. Recently established at the beginning of the school year and headed by President Alex Mora, the University of California, Santa Barbara Yu-Gi-Oh! club meets weekly at the HSSB building to hang out, trade, sell, and play.

When you think of Yu-Gi-Oh!, the first thing that often comes to mind are pictures of monsters and Egyptian characters battling it out for souls. However, the story of how the club came into existence shows exactly how the game is much more than just pieces of cardboard.

“I posted on Reddit, asking if there was anyone who played Yu-Gi-Oh! at UCSB, and I received a lot of feedback,” said Mora. That’s how Mora was able to meet friend and advisor Uvaldo Sifuentes (who, after years of playing, has 14 decks). After reaching out and finding others who play, these individuals became friends and came up with the idea of forming an official club at the start of this school year.

“I was a transfer student, so I didn’t know what to expect,” he said. Mora considers himself lucky to find such a large population that shares similar interests and hobbies as him. He chose to form the club because he hopes that students who share the same hobby can find themselves making new friends easily.

Back in the day, the game was simple and slow. “It usually took around five turns for anything to really happen,” said Mora about the pace of the card game.

However, in the present day duels can be over in less than three turns. The game has evolved in a way that operates on a much more complex level. Although it stays true to the foundation of summoning monsters, setting traps, and playing spell cards, Konami has added functions to the cards that make players think and allow for creativity to take place, such as pendulum, XYZ, and synchro-summoning.

The club consists of over 90 members and includes trips to local card shops and tournaments. A newly-established sponsorship with Avalon Comics and Games grants the club discounts and provides them with new content, like cards and decks, so that the club can host their very own tournaments.

There are a few competitive players that partake in larger events such as YCS, or the Yu-Gi-Oh! Championship Series, which brings together duelists from all over the nation. These tournaments are held at large complexes such as the Los Angeles Convention Center and take several days to complete. Players hoping to go all the way must win more than 10 series (best of three or five) and may play up to 15 or more, fighting through hours and hours of competitive Yu-Gi-Oh!. Judges are present, and it just so happens that the UCSB Yu-Gi-Oh! club has a certified judge of their own. Having a certified judge is extremely helpful for the club, because judges are required to understand the rules of the game very well. You might be surprised by the amount of technicality that takes place with every move.

But generally, most people are casual players. They come in and out every week or two just to sit down and have a nice time with friends. Duelists at UCSB continue to play, because to them, Yu-Gi-Oh! is an enjoyable, unifying hobby that connects people together.

If you’re interested in joining UCSB Yu-Gi-Oh!, reach out to the club and check them out on their Facebook page of the same name.