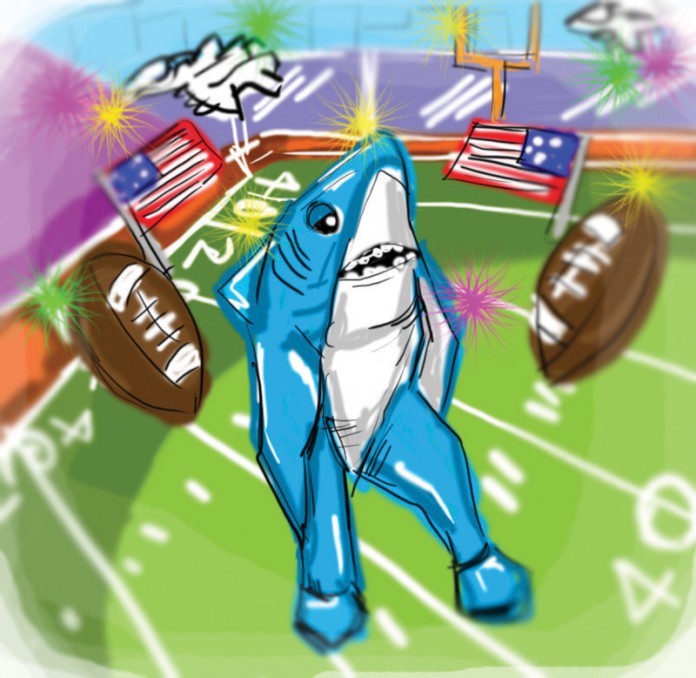 The 2015 Super Bowl attracted more viewers than any broadcast in the history of television. Of course, it only broke the record set by last year’s Super Bowl. Though the estimated number of viewers is somewhat flexible, it is clear that at least one third of the United States population tuned in to this year’s spectacle.

How did the Super Bowl become the American holiday of opulence and—the numbers do not lie—community? It is easy to deride the Super Bowl for having become an extravagant sinkhole for consumption by filling half the broadcast with advertisements for Doritos, insurance companies, and Budweiser. It is easy to rip on the Katy Perry and Bruno Mars halftime shows as being shameless magnets to pull in the female demographic. It is easy to lambast football itself as being an immoral sport that pits grunting, snarling brutes against each other in a ring for base entertainment.

But I love it. Don’t you? The National Football League has made sure that everybody loves at least some part of the Super Bowl. If neither the comedy of the commercials, the pageantry of the halftime show, nor the flying armored men manage to stir the interest of a viewer, then what possibly could? The fact of the matter is that the Super Bowl is the apex achievement of the entertainment industry, and there is nothing wrong with that. There is nothing wrong with wanting to be entertained. The moral decay of our society is not measured by how many people watch the Super Bowl every year unless entertainment itself is morally decaying.

Everyone consumes entertainment in some way in the United States—it permeates our society like water fills a sponge. We all soak up our entertainment one way or another, whether it be music, television, the Internet, comic books, et cetera. The Super Bowl consolidates so many kinds of entertainment into one package that it practically necessitates communal viewing, and that is wonderful! Anything that brings friends and families into the same room to do the same thing on an annual and traditional basis qualifies as a holiday in my book. Even if people gather to collectively make fun of it, the Super Bowl still brings Americans together in a way that no other piece of entertainment can.

The Super Bowl has become to America what Carnival is to Brazilians, or what Oktoberfest is to Germans. It may seem blasphemous to lump the Super Bowl together with such rich traditions, but the consumption of entertainment is the common cultural denominator in American life. The Super Bowl should be made a national holiday—the country already acts like it is one. Where is the harm in acknowledging the benefit of bringing communities together, no matter the reason? Listening to Katy Perry and watching a funny commercial is hardly the worst unifying force in the world right now, so what is the harm in embracing it? The collective consumption of entertainment in the United States is culturally unassailable. Let the first American who does not consume entertainment cast the first stone.