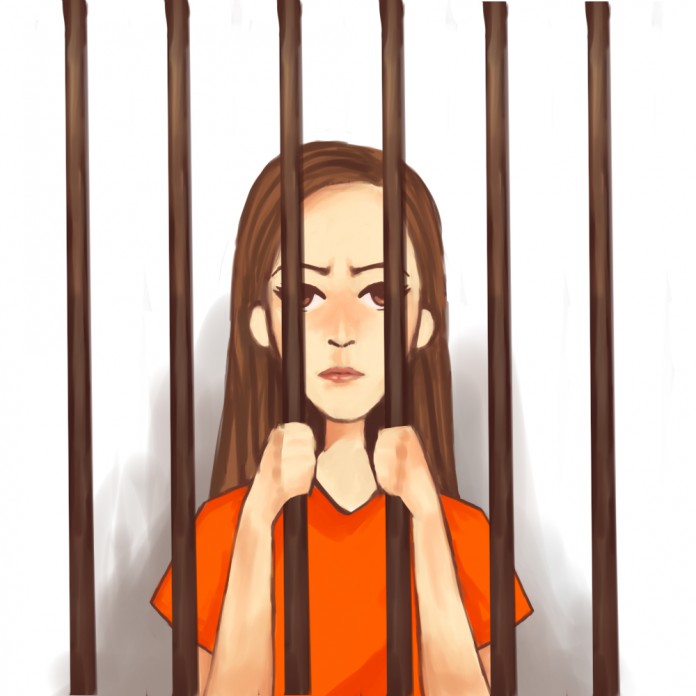 On Jan. 3, the Santa Barbara News-Press ran a front page story with the headline “Illegals line up for driver’s licenses.” The headline and accompanying story garnered a great deal of controversy, resulting in public outcry from other media sources such as Cosmopolitan and The Santa Barbara Independent. Community members rallied together on Jan. 8 in front of the newspaper’s offices in downtown Santa Barbara to protest what they called “biased and irresponsible journalism.”

The controversial practice of using “illegals” or “illegal aliens” to refer to immigrants working and living in the United States without a proper work visa or citizenship is not unique to the News-Press. Popular news sources like Reuters and The Wall Street Journal often use the term in their pieces when referring to these individuals. However, this is improper journalistic practice according to Associated Press (AP) style, which is generally regarded as the standard for syntax in journalistic writing. The AP Stylebook stopped supporting the use of “illegal immigrant” in 2013; the reason cited for the change was that the term “illegal” should only be used to describe an action, rather than the state of someone’s residency. Additionally, the AP rejects “undocumented” as a description of these individuals, as many have documents–just not the ones required to live in the U.S.

Using “illegals” carries a stigma of being a criminal, which is obviously regarded as something bad, and reinforcing this stigma only adds to the alienation and marginalization these people face. However, being in the U.S. without a valid work visa or citizenship is not a criminal offense, but rather, a civil offense. It is vital that the language of these pieces delivers the news in a fair and accurate way, and using language that carries a stigma and triggers readers to view it with a certain bias affects how they receive news. Delivering news objectively sheds light on injustices in the community, which is crucial to critical thinking and allowing readers to make an informed opinion.

The language that the media uses in addressing controversial and sensitive topics such as immigration, abortion, and civil rights profoundly influences what a reader may think of them. Personal objections or advocacy for should be avoided. And while it may be okay on occasion to infuse a story with a little bias (and often unavoidable for many reporters, as common language can be inherently biased against a subject), when it interferes with presenting the truth and factual evidence to readers, then it has to go.

The use of “illegals” brings a question of ethics into the spotlight: where is the line between news-writing and editorializing/op-ed drawn? “Illegals” is a term that creates bias against individuals who don’t hold proper residency, interfering with an unbiased view of the situation at hand. In recent years, a number of newspapers such as The Wall Street Journal have come under fire for writing to the owner’s agenda, as more print sources are bought out to prevent going out of business. Whether for only writing news pieces slanted towards a conservative bias or an owner demanding to personally review every article a financial partner is mentioned in for any demeaning portrayals, members of the community are quick to notice when news pieces take an editorialized position.

If an opinion on “illegal aliens” begins to bleed into what should be a presentation of cold, hard facts, then perhaps the newsroom walls are a little too thin. By this point, news reporting is no longer news reporting; the language used conveys messages that turns news into propaganda used to instill a certain belief or indoctrinate individuals without allowing for any independent thought on the matter.

Many news sources out there still use “illegals” to refer to migrant workers, but hopefully, with a little work, the use of biased language in journalism will diminish. Editors and reporters should take care to report in a straightforward and factual manner; strictly adhering to a standard of writing, such as AP style, would eliminate part of the problem. After all, it’s important that we present the news as what it really is: the facts.