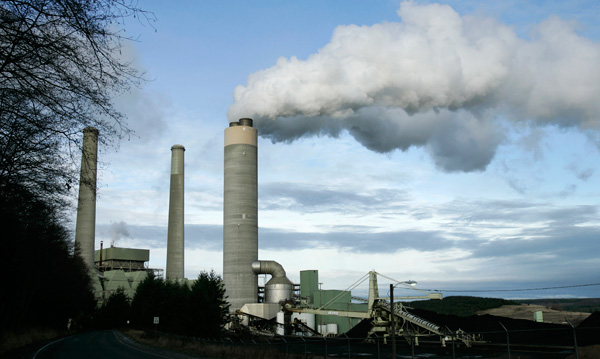 The 2014 United Nations Climate Change Conference is currently taking place in Lima, Peru, according to the New York Times, and China has decided to join the United States in making commitments to reduce greenhouse gas emissions. The question now, however, is whether India will follow China’s example and commit to reducing greenhouse gas emissions.

Now the world’s third largest emitter, India is plagued by deadly levels of air pollution brought on by the fossil fuels responsible for climate change. Among the cities in China and India that the World Health Organization monitors for air pollution, many fail the organization’s test for levels of airborne particulate as well as their own countries’ particulates standards.

As the biggest emitter of greenhouse gases in the world, China uses as much coal each year as the rest of the world combined, according to the New York Times. To curb coal consumption, China plans to set a limit on coal consumption in 2020, ultimately having carbon dioxide emissions peak by about 2030.

Coal consumption in China for the first nine months of 2014 may have dropped by one to two percent compared to last year, according to Greenpeace East Asia analysts, but air pollution is still high.

“What they laid out is a reference point,” said Li Shuo, a researcher at Greenpeace East Asia, “and then they will work from there to squeeze out more stuff.”

One of the measures India wishes to take is to boost solar energy from six percent to 15 percent and help bring electricity to around 300 million people who have none, according to the Times of India. Still, New Delhi firmly believes that the burden of reducing greenhouse gas emissions lies with fully industrialized countries, and that the responsibility should not be shifted to still developing nations like India.

Still, it may be impossible to prevent the planet’s temperature from rising further. According to the New York Times, given the level of greenhouse gases already in the atmosphere, and the expected future emissions before any real change in current policies, climate change is inevitable.

If the temperature of the planet’s atmosphere rises another 3.6 degrees Fahrenheit, the world’s population and economy will be threatened by a future of drought, food and water shortages, melting ice sheets, shrinking glaciers, rising sea levels, and widespread flooding.

Regardless, United Nations negotiators should not give up on their efforts to reduce greenhouse gas emissions.

“Our sense is that this will resonate in the broader climate community, give momentum to the negotiations and spur countries to come forward with their own targets,” said Todd Stern, President Obama’s lead climate change negotiator, in response to the United States and China’s joint decision to actively decrease emissions. “The two historic antagonists, the biggest players, announcing they’ll work together.”