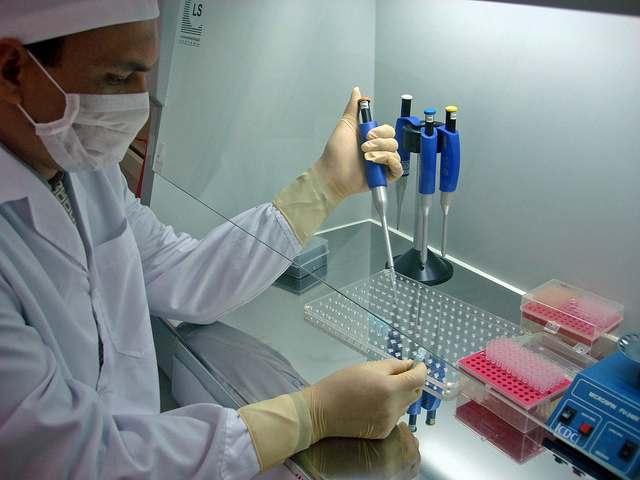 Recent Ebola vaccine human clinical trials produced promising results, according to the National Institute of Health (NIH). The Maryland-based trials, which began in September and were verified in November, garnered a positive response from participants’ immune systems with few side effects.

Volunteers were injected with two strains of genetic material derived from the Ebola virus strains Zaire and Sudan. Neither contained the complete Ebola virus, and the injections were delivered by a carrier virus derived from a chimpanzee adenovirus.

The segments of genetic material produced antibodies in all 20 of the recipients within four weeks of injection. Researchers hope to create an effective, efficient vaccine that could be made widely available to patients in West Africa.

Two recipients of the vaccine developed brief fevers within a day of receiving the virus, but no other side effects were recorded during the trial. The vaccine also produced T cells, a type of white blood cell critical to the immune system, which researchers believe are crucial in fighting Ebola.

“Based on these positive results from the first human trial of this candidate vaccine, we are continuing our accelerated plan for larger trials to determine if the vaccine is efficacious in preventing Ebola infection,” said Anthony Fauci, head of the National Institute of Allergies and Infectious Disease (NIAID). The NIAID is working on the vaccine with British pharmaceutical company GlaxoSmithKline.

However, mass production of an effective vaccine may not happen for months, as it awaits Food and Drug Administration (FDA) approval. Currently, the vaccine is in Phase 1 as GlaxoSmithKline runs additional safety trials in Mali and Switzerland.

The Phase two and three trials will be conducted in West Africa. A similar vaccine, produced by American corporation NewLink Genetics, will be used in the later trials. In January, researchers will conduct a clinical trial with thousands of participants in Liberia, testing both the NewLink and GlaxoSmithKline vaccines to see which is more effective.

The speedy production and testing of an Ebola vaccine is necessary as numbers of those infected increase. The US government ran out of ZMapp, an antibody-delivering experimental drug used to treat medical personnel working in West Africa, in Oct. 2014. ZMapp had not been tested before it was used to treat patients, sparking ethical controversy in the scientific community. Additionally, most recipients of the drug were American and European medical missionaries.

As of Dec. 4, the World Health Organization (WHO) reported that 6,113 people have died, and 17,256 people are suspected to have contracted the Ebola virus. It is likely that even more have died or been infected, as counts are affected by a lack of reports.

Customs in West Africa make it hard for health officials to contain the virus. The virus is contracted when a person comes into contact with an infected person’s bodily fluids (such as saliva or blood.) At a person’s death, tradition dictates that their body must be washed and touched, exposing members of their family and communities to Ebola.

Additionally, traditional medicinal practices and widespread myth about Ebola leave many patients ineffectively treated or untreated. Many believe that local governments will abduct family members and do not trust modern science, preferring to blame the spread of Ebola on witchcraft. Those who do come in for treatment are faced with overcrowded centers poorly equipped to deal with the epidemic. Researchers hope that the new vaccine, once in mass production, will eliminate the virus.

“It’s good news,” said Fauci, “If it was very toxic or didn’t induce good immune response, we couldn’t go on to the next step, but the proof of the pudding is efficacy.”