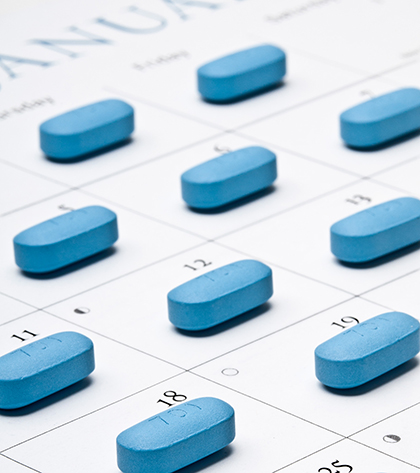 Truvada, a pill capable of reducing human immunodeficiency virus (HIV) infection, is now drawing criticism from some gay activists as a party drug that encourages users to engage in unsafe sex.

The blue tablet has been available to people at risk of being exposed to HIV since 2012. HIV is a virus that causes progressive failure of the immune system and allows life-threatening opportunistic infections and cancers to thrive. Additionally, most cases of HIV progress to cause acquired immune deficiency syndrome, or AIDS.

Truvada can be highly effective and reduce risk of infection risk by as much as 92 percent, according to the US centers for Disease Control and Prevention (CDC). While contracting the virus is no longer a death sentence due to medical advances, there are reports of over 1,000 new HIV infections each year.

“We want to bring HIV to its knees, and this will help,” said Mario Perez, who directs Los Angeles County’s prevention program.

The blue tablets contain a combination of two antiretroviral drugs called tenofovir and emtricitabine. Both medications work together to block an enzyme called reverse transcriptase that allows HIV cells to multiply. In addition to suppressing HIV that is already in the body, the drugs can also prevent the virus from creating copies of itself.

The concept of using the pill has stirred up a surprising debate in the gay community, with long time activists calling Truvada a “party drug” that people will never take consistently enough to prevent infections. If not taken daily, protection levels are lower.

Most notable among skeptics is AIDS Healthcare Foundation President Michael Weinstein, whose organization launched a new advertising campaign urging the CDC to rethink this prevention method that does not emphasize condom use as its top priority.

Those with a more optimistic view of the pill wonder why critics would dismiss any tool with the potential to decrease HIV infection rates.

“There is a moral imperative to make this available for folks who think it’s the right approach,” said Perez. “We’re big fans in giving people options to achieve their goals, with no judgment.”

In early November, Gilead Sciences, the company that manufactures the drug, reviewed retained pharmacy records from a little over half of US pharmacies that dispensed Truvada between Jan. 1, 2012 and March 2014, and found that 3,253 people in the US started the prevention regimen during that period.

It is unclear how many in California are taking Truvada, but the number is probably not very large. At $13,000 a year, Truvada is expensive, but it is covered by most insurance plans.

Advocates of the drug blame the slow increase in part on moralizing people such as Weinstein. The main concern is that Truvada will be used as an alternative to condom use, which is known to also prevent the transmission of HIV and sexually transmitted infections (STIs).

CDC guidelines, however, suggest that Truvada should be used with condoms, not instead of them. But some, including Weinstein, argue that men would not bother with condoms if they believe they are protected by the pill.

“You have to be really paranoid about your health to wear a belt and suspenders,” said Weinstein. “If the culture shifts to unprotected sex because of the campaign to promote Truvada, then HIV rates will go up.”

Advocates of the pill see critics such as Weinstein as engaging in a shaming exercise similar to the disapproval unmarried women faced 50 years ago when they demanded access to the birth control pill. Users of the pill have been seen as only taking the pill to engage in promiscuous sex without condoms.

Supporters also cite mounting evidence that the pill is highly effective when used properly, and argue that supporting correct usage of Truvada makes more sense than counting it out altogether.

Expanding Truvada use will mean setting up systems to make sure patients take the pill as directed, but supporters argue that it is well worth the cost.

“There’s still a fair amount of stigma around being a Truvada user,” said Jim Pickett, director of prevention advocacy at the AIDS Foundation of Chicago, and an advocate. “It’s an admission: I don’t use all the condoms all the time. I’m not perfect, but I can be prepared.”