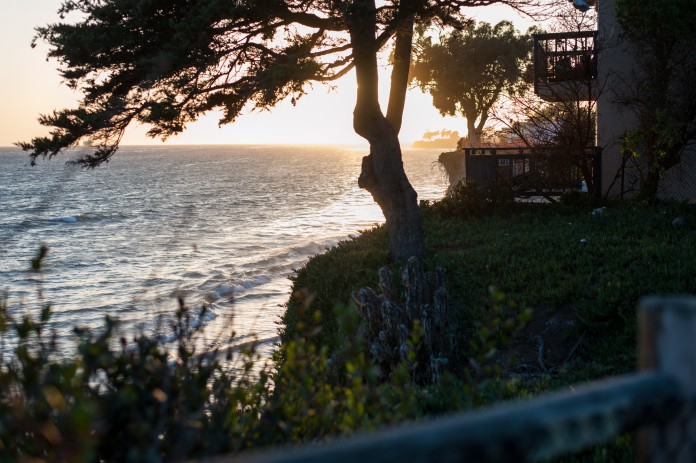 Two students have fallen off of the cliffs of Del Playa in Isla Vista within the first week of the fall quarter at University of California, Santa Barbara. The two students have sustained injuries, however both survived their falls and are now recovering.

Cliff falls such as those that occurred last week are not rare, in fact, according to the Santa Barbara Independent, “since 2010, 20 people have sustained injuries from falling off the cliffs and three have died; seven have died since 2001.”  The falls of the two students have brought the issue of combating these accidents to the foreground again.

Tyler*, a second-year chemical and electrical engineering major, spoke about his friend, the sophomore student that fell two weekends ago.  According to Tyler, leading up to the incident, she and her friends “were drinking and they thought it would be a good idea to go for a drunken hike” along the cliffs of Del Playa Drive.

“I don’t know the details of what happened right after,” Tyler said. “But in the morning, an ambulance came and they pretty much gave her the option of going to the hospital with them, or them arresting her.”

When contacted for a statement regarding the incident, the Isla Vista Foot Patrol declined to comment and redirected questions to Kelly Hoover, public information officer for the Santa Barbara County Sheriff’s Office. Hoover could not be reached for comment.

“She wasn’t that badly injured, no broken bones, but she was scrapped up and a bit bruised too,” Tyler said.  Neighbors of the second student to fall have said that he is recovering slowly and sustained heavy injuries.

The Del Playa cliffs are in the gradual process of eroding.  According to Sam Holton, a second-year biochemistry major, while he and a group of friends were playing ultimate Frisbee at the beach on Oct. 4 “a chunk of rocks fell about 15 or 20 feet off the side to the bottom of the cliff.”  Holton went on to comment that watching the large piece of rocks fall less than 30 feet in front of him makes him uneasy about the safety of the cliffs.

Only last year, a 20-year-old UCSB student named Sierra Markee-Winkler passed away due to an injury sustained from falling off of the Del Playa cliffs. Fencing the cliffs is often proposed as a solution, however, many students choose to climb over the fences or sit on top of them.

According to a previous Bottom Line article published on Feb. 6, 2013, students gathered to rally support behind fencing the Walter Capps Memorial Park on Del Playa next to where the recent cliff falls took place.  Though this fence was installed, there are no uniform regulations about fencing around the individual properties in IV.  In the case of the male SBCC student that fell on Oct. 9, the fence around his property on 6693 DP was no more than waist high.

The Santa Barbara Independent, in an article published on June 18, 2014, reported that temporary fencing installed on the 6800 block of DP was subsequently torn down by residents.  This fencing has been reinstalled.
*Tyler has chosen to omit his last name to maintain the privacy of his friend who fell.