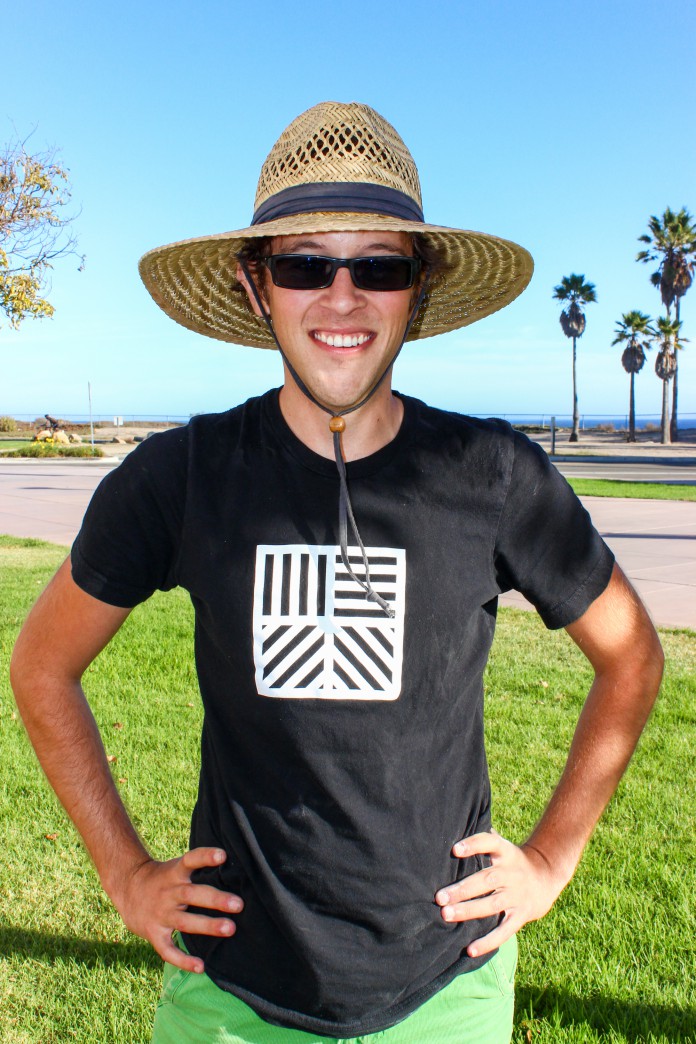 It’s another busy day at the North Campus of the University of California, Santa Barbara, as bikes flash by and students shuffle in and out of classes. Nothing seems to be still, and nothing seems to be calm. Even the ocean seems to be doing it’s own little dance, and the wind is singing it’s own song. In the midst of this hectic environment, 26-year-old Samuel Ray Jacobson works on his landscape art exhibition, FLOTSAM, in front of Elings Hall. He is quiet, composed, and relaxed.

The BABEL working group held its third biennial meeting of the Literature and Mind center at the UCSB from Oct. 16 to 18. Among the students and scholars is MIT graduate Jacobson, who has dedicated and designed his landscape art exhibition FLOTSAM to the UCSB campus.

Babel Working Group’s Lead Ingenitor Eileen Joy, who has been working closely with Jacobson on his FLOTSAM project, states his passion and dedication to his project.

“This project entails an incredible amount of labor,” Joy said. According to her, Jacobson has been on campus for over two weeks working on FLOTSAM.

Jacobson will be utilizing limestone found in chalk dust in order to construct a ten-inch linear zone that connects Goleta Beach to Coal Oil Point; respectively, the eastern-most part of UCSB property to the western-most part. The art piece will be broken down into fragments tying all parts of UC property, including the main campus, IV, the Pacific Ocean, and the Coal Oil Point nature reserve.

FLOTSAM is an extension of Roland Barthes’ “How to Live Together,” a book discerning the concept of community. Jacobson was inspired to expand those themes through FLOTSAM.

In his efforts to avoid each individual’s personal perception of his piece, he is reluctant in defining an exact conception of what FLOTSAM is, but he says, “compare it to the architecture of a room–it’s closed. It has a kind of form that’s really sort of been composed by a singular authorial will that is realized through a hierarchical organization like capital. And, it pretty rigidly and simplistically forces you to conform to its dictates for your behavior and thought. It ultimately is a frame.”

Jacobson’s landscape requires him to brush limestone powder over various ground surfaces around campus. However, many obstructions complicate this procedure as natural causes, such as wind, misplace his work or people unknowingly step on his artwork. Amidst these factors, Jacobson pushes aside these complications and progresses his landscape art at a steady pace.

“The other thing that’s kinda cool here is that they [students, faculty, staff] understand what I’m doing at a level that is really delightful and also incidental and fleeting. So they get that I’m doing something,” said Jacobson. He also mentioned he wanted to thank Michael Cook for making his art arrangement possible.

While the limestone powder that composes Jacobson’s landscape architecture will eventually disperse by natural causes, Jacobson hopes that the very act will directly reflect flotsam, the loose particles of a shipwreck. FLOTSAM, to Jacobson is the epitome of a community: dispersed particles floating away from what was a common whole.