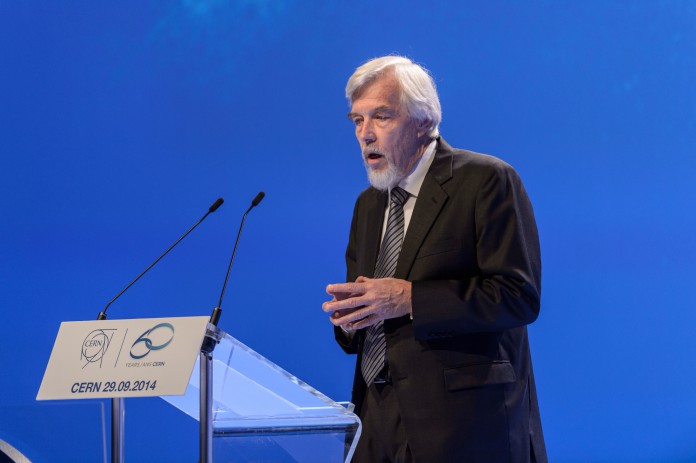 The United Nations Economic and Social Council (ECOSOC) and the European Organization for Nuclear Research (CERN) celebrated science for peace and development on Oct. 20. The event was the last in a series of celebrations organized by CERN to mark its 60th anniversary, and highlighted the values of science and its ability to connect nations.

ECOSOC is the United Nations’ central platform for innovative thinking, reflection, and debate regarding sustainable development. The platform engages a variety of people in a productive dialogue through a cycle of meetings, including policymakers, academics, major groups, foundations, business sector representatives, and over 3,200 registered non-governmental organizations.

The event included keynote addresses from world leaders and scientists, including Nobel Physics Prize Laureate Professor Carlo Rubbia, as well as Kofi Annan, a Nobel Laureate and Chairman and Founder of the Kofi Annan Foundation. Annan underlined the role that science played in innovation, development, and collaboration.

“We must strengthen dialogue and collaboration between the world of science and the world of politics and diplomacy,” said Mr. Annan. “It is crucial that we harness the wealth of scientific information available, make sure that it reaches policymakers, and is integrated in decision-making processes.”

CERN was founded after the Second World War to give Europe an institution for research on particle physics to promote scientific excellence and collaboration. CERN has become a prime example of international collaboration, involving over 10,000 scientists from about a hundred different nationalities.

“CERN is delighted to celebrate its 60th anniversary at and with the United Nations”, says Rolf Heuer, CERN Director-General. “With this event we wish to promote a more effective dialogue between science and international affairs, and to openly exchange views on how science can be more integrated into global and national decision-making processes for the benefit of all.”

The event focused on providing a unique platform to celebrate the values promoted by inclusion, co-operation, and neutrality. Through this event, CERN and ECOSOC are able to emphasize the role of science and scientific education while promoting the idea of better integrating science into global decision-making processes.

Invited representatives of the world of politics, diplomacy, and science animated an interactive discussion, introduced by Professor Fabiola Gianotti, CERN senior scientist and Member of the Scientific Advisory Board to the UN Secretary-General.

“Science has the potential to significantly impact all three dimensions of sustainable development–economic, social and environmental,” said Mr. Martin Sajdik, President of ECOSOC. “The international community must consciously and deliberately work to ensure that advances in science and technology have positive effects towards that end.”

“Whether we are trying to address climate change, stop the Ebola virus, deal with cybersecurity threats, or curb nuclear proliferation, we need scientists with a clear vision and a commitment to work together to find solutions,” UN Secretary-General Ban Ki-moon said. “As we pursue these hugely important efforts, we can be inspired by the work done by CERN. The world faces multiple crises. But this is also an era of opportunity, where great achievements are possible thanks to science, technology and innovation.”