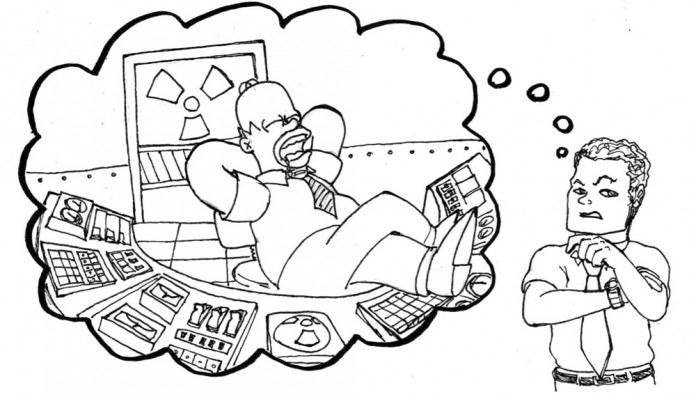 The prospect of nuclear power has been a controversial subject for quite some time now, but in recent times, it appears to be cleaner, safer, and more efficient than our current fossil fuels. In fact, according to CDM, the number of deaths associated with nuclear energy is significantly lower than those related to fossil fuels. So why are we still so afraid of it?

One answer involves the recent power plant failure at the Fukushima Daiichi in Japan in 2011. According to CNN, even though it was reported repeatedly that only a minute amount of radioactivity drifted to the United States, many people still went out of their way to buy potassium iodide, which offsets the effects of radioactive iodine they believed to be in the air.

“We’ve learned our lesson from what happened in Japan,” said Zhili Wang, a third-year statistics major. “There is a lot of pressure from [United States] civilians against nuclear power.”

Over 20 percent of electricity in the Unites States is derived from nuclear energy, and yet people are still skeptical. Meanwhile, other countries have made nuclear energy a significant source of power; for instance, the World Nuclear Association reports that 75 percent of electricity in France is generated using nuclear sources, and France has worked actively to further nuclear development.

Because the media tends to only report the negative aspects of nuclear energy, like the meltdowns in Ukraine, Russia, and Japan, and does not often give the same amount of coverage to positive developments, people are often uninformed and unaware of developments that are actually being made. For instance, according to Science Daily, initiatives are being taken to build nuclear plants on floating platforms similar to those used for offshore drilling that would, in the event of an emergency, prevent fuel rods from melting and keep any radioactive materials from escaping. Russia is already in the process of building one, and this method would prevent the effects of tsunamis and earthquakes like we have seen in the past.

Even though many developments are being made, people still tend to have the “Not in My Backyard” philosophy about nuclear energy. Sure, there are some people that are open to the idea of developing more nuclear power plants, but they would not want those plants to be anywhere near where they live. The word “nuclear” is also associated with weapons, making it seem all the more dangerous.

“It is needed in some cases,” said fourth-year mathematics major Joe Watson. “Other sources like wind energy are too expensive. Nuclear energy is just as bad as using fossil fuels and we keep having to use them.”

Because this form of power creates “radioactive waste,” according to CDM, people tend to think that the impacts on the environment are worse than that of fossil fuels and renewable energy sources. The fact of the matter is that all energy sources are problematic in some respect, to either society or the environment. For instance, CDM points out that wind power disrupts migratory birds and solar energy creates toxic waste of its own. In addition, companies have been created for the express purpose of safely treating and storing radioactive waste. This includes businesses such as Perma-Fix, which the Wall Street Journal reports has been awarded a contract to treat the waste left behind from the Manhattan Project facilities.

Nuclear energy may seem a formidable option at first, but perhaps in the future it will be a viable solution to preventing more pollution and phasing out fossil fuels. Though it has its risks, like any new and developing project, the possible positive impacts on the environment in the short-term might outweigh the possibility of potential long-term problems such as waste storage. Though the general public in the Unites States may have a problem with nuclear power now, with more information and safer techniques, nuclear energy could solve many of the problems the world is facing regarding unsustainable fossil fuel energy sources.

Touchdown! A Recap of the Rosetta Spacecraft Events