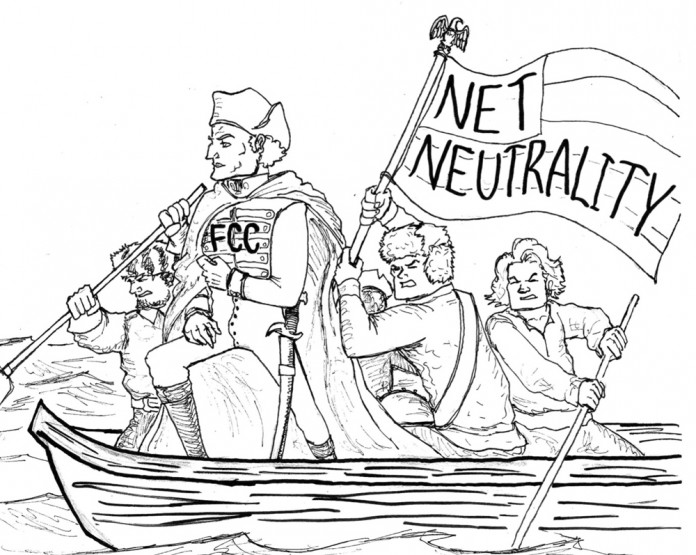 On Thursday, May 15, the Federal Communications Commission (FCC) voted to move forward with a newly proposed plan regarding net neutrality. The proposal, which was passed in a 3-2 vote, would allow Internet service providers (ISPs) to charge websites for faster bandwidth speeds for their viewers. The vote also opened the debate for public comment on a timeframe of 120 days, after which the final vote will be made on the new plan.

FCC Chairman Tom Wheeler’s proposal aims to protect the bandwidth broadband speeds that are promised to customers by their ISP, preventing carriers from slowing down their customers’ access to particular websites. It will, however, allow for web content providers to pay ISPs for “fast lane” access to their websites, according to Telegram. Additionally, the plan will only allow paid prioritization in cases that are considered “commercially reasonable,” although how that would be determined remains unclear.

It is important to point out that the plan is still in the proposal phase and has not yet been voted into law. The three Democratic commissioners, including Wheeler, that voted in favor of the proposal hope that the 120-day timeframe for public input will help determine what the best course of action is.

“What we’re dealing with today is a proposal, not a final rule,” Wheeler said in a statement after the vote. “We are specifically asking for input on different approaches to accomplish the same goal: an Open Internet.”

The two Republican commissioners that voted against the proposal fear it will put too much regulatory power in the hands of the FCC.

“The [Federal Communications] Commission is trying to cast an even wider net of authority,” according to Commissioner Michael O’Rielly. “I fear that other services and providers could become ensnared in the future.”

The proposed plan is a step away from the idea of net neutrality, which calls for an open and equal Internet for all web content. The plan that is being proposed would allow a website like Netflix to pay an ISP like Cox for faster streaming speeds for their customers, according to The Washington Post, and in fact said website has already had such limitations forced on it by certain carriers.

“Have you heard of what ISPs are doing to Netflix?” said Jason Dahn, a second-year computer engineering major at University of California, Santa Barbara. “It’s ridiculous!”

However, it could also leave new startup websites at a severe disadvantage in the market due to slower speeds, thus potentially fracturing the Internet landscape as we know it, according to BGR.

“If I want to be real, I think the lack of net neutrality could really bring down the democracy of the Internet,” said Maria Nguyen, a second-year film and media studies major at UCSB.

Net neutrality activists are calling for the FCC to instead rule the Internet as a “common carrier” under Title II of the Communications Act of 1934, similar to how telephone landlines are regulated. Such a ruling would prevent ISPs from discriminating their service based on particular websites, just like how phone companies cannot discriminate based on who is talking on the phone.

Opponents to a Title II ruling argue that it would lead to rigorous regulation over the broadband industry, an industry that has been largely unregulated up to this point.

President Barack Obama did not issue a response to the FCC decision, a sign that he may be backing away from his presidential campaign promise in favor of net neutrality, according to TIME. Meanwhile, House Speaker John Boehner and other major Republicans have publicly opposed any regulation of broadband Internet in an open letter to the FCC.

The proposal comes hot off the heels of two other major open letters to the FCC written in the past week. The first, from Internet giants like Google, Netflix, and Reddit, among dozens of others, called upon the FCC to prevent paid prioritization for web traffic in favor of an open Internet. The second, from ISPs such as Cox, Comcast, and Verizon among others, claimed to the FCC that a Title II classification of broadband Internet would stunt innovation in the industry.

Much of the Internet’s future rests upon this debate over net neutrality, which Sen. Al Franken (D-MN) recently called “the free speech issue of our time.”

Supporters of net neutrality hope the timeframe for public comment will sway the FCC to reconsider its current proposal. Citizens are encouraged to submit a comment through the FCC’s website to express their opinions on the matter.

“This is your opportunity to formally make your point on the record,” Democratic FCC Commissioner Mignon Clyburn said following the vote. “You have the ear of the entire FCC. The eyes of the world are on all of us. Use your voice and this platform to continue to be heard.”