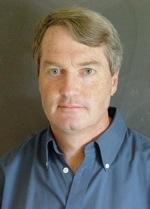 Professor Joseph Polchinski, permanent member of the Kavli Institute for Theoretical Physics (KITP), was recently named University of California, Santa Barbara’s 2014 Faculty Research Lecturer. Polchinski, who specializes in the field of theoretical physics, will be giving his lecture, called “Space-time Versus the Quantum,” in the fall.

“The Faculty Research Lectureship is awarded annually to the faculty member determined to be the most distinguished for research or other creative achievement,” according to the award’s description.

Polchinski’s best-known achievement is his discovery of D-branes, structures that are vital in the understanding of string theory. Some of his more recent awards include the 2008 Dirac Medal of the International Center for Theoretical Physics, and the 2013 and 2014 Physics Frontier Prizes.

“I owe a lot to UCSB,” Polchinski said. “I really feel that I owe a lot to the university and the environment–it’s a great place to be. I’m around other very successful people, and I get the chance to talk to bright young people asking questions.”

Polchinski’s lecture, “Space-Time Versus the Quantum,” centers on the relationship between quantum mechanics and general relativity and how reconciling the two could contribute greatly to scientists’ current understanding of black holes. Quantum mechanics deals with physical phenomena at microscopic scales, while general relativity concerns matter at the cosmic level.

“When you’re talking about the small and the massive, things don’t behave the way they’re supposed to,” Polchinski explained.

Newtonian physics applies to ordinary objects at an everyday level, but breaks down under certain conditions, which is why theoretical physics is necessary. For example, both the Big Bang and black holes are instances where regular physics don’t apply. Instead, an understanding of quantum mechanics and relativity are needed.

“We’re examining places where the cosmic and the microscopic come together,” Polchinski said.

Examples of this intersection include the theory of the Big Bang and black holes. The former describes the beginnings of the universe, as it expanded from a singular point smaller than a single grain of sand. Similarly, the entire mass of black holes is concentrated at a single, dense point.

Black holes are ideal for discussing the intersection of these two principles. Forty years ago, British physicist Stephen Hawking proved that black holes in general relativity are featureless. In quantum mechanics, however, black holes have a complicated atomic structure.

However, Juan Maldacena of the Institute of Advanced Studies in Princeton, New Jersey, has recently argued otherwise. Maldacena believes that instead of changing quantum mechanics, a change must be made to physicists’ intrinsic understanding of space-time.

“Space is not fundamental,” Polchinski explained. “It’s made up of something else; it must be something different from what we’re used to, because at this point, we only have mathematical models to try to explain it.”

Professor Polchinski gave an example that one must understand atoms and their movement to fully understand temperature. Similarly, we do not know enough about the basic building blocks of space-time to completely understand space-time.

“I’m still thinking inside the box.” Polchinski said, “but I’m pushing on the walls, trying to get out. We’re all trying to find weaknesses in the walls, and black holes are one of them.”

However, pieces are emerging to fit the puzzle. String theory, for example, strives to unify Newtonian physics with quantum physics.

“Our understanding is deepening,” Polchinski said. “We have a much sharper image of the universe than when I was a graduate student. We’re taking so much more precise measurements than 20 or 30 years ago.”

Steps have been taken to reach a unifying answer, but it is a continual journey for Polchinski and his colleagues.

“I’d love to be there when we get the answer, but there’s still a lot of fun in the quest,” Polchinski said.

Polchinski’s lecture will explain the middle ground between the quantum and space-time. He is looking forward to his talk, and everyone is invited to attend. More information will become available as the lecture date approaches.