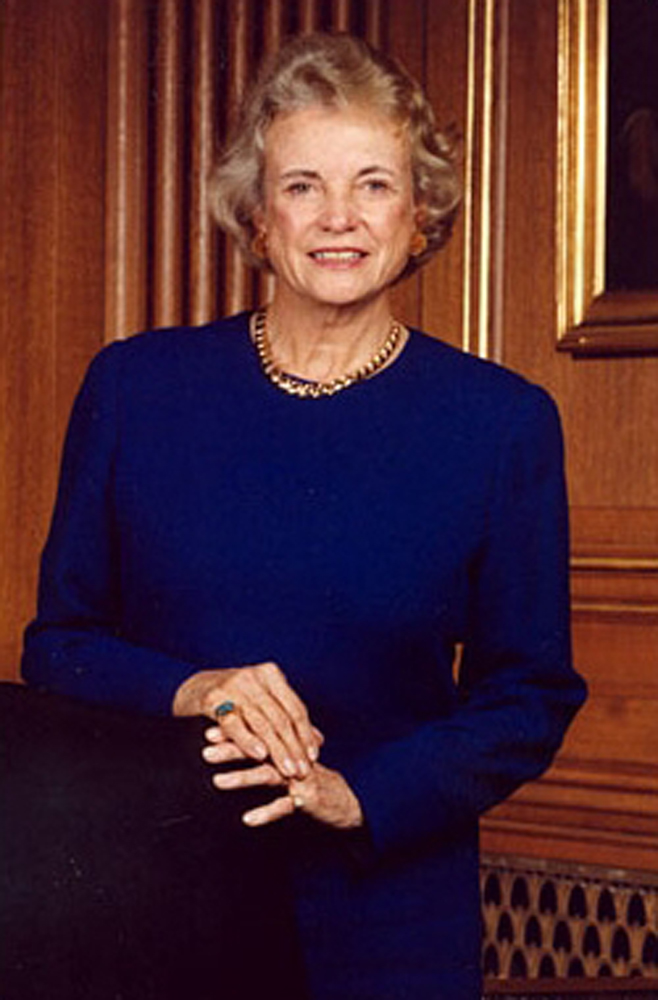 Sandra Day O’Connor, former United States Supreme Court justice, visited University of California, Santa Barbara on Saturday, May 10, in order to give a talk entitled “Educating for Democracy in a Digital Age” at Campbell Hall.

In 1981, O’Connor became the first woman to serve as an Associate Justice of the Supreme Court. She served on the court for 25 years and retired in January 2006.

Since retiring, O’Connor has noticed an alarming trend in this country’s civics scores. Two-thirds of students in this country are considered “below proficient” in civics, the study of the theoretical and practical aspects of citizenship.

O’Connor has taken it upon herself to lead the charge against these low scores. She believes that this could be the most important work she’s ever done.

“Democracy is a sustained conversation between citizens,” she said. “But it requires that everyone involved is aware of and engaged in the conversation.”

O’Connor discussed how everyone suffers when we have an uneducated populace. When the voters don’t know the issues, the candidates, or even how the government works, they make poorly informed decisions.

Eleanor Roosevelt said that the purpose of education is to make good citizens. O’Connor is worried that citizenship and civics have become an afterthought of American education; young people are no longer required to take civics classes, and most don’t.

Her campaign to educate America’s youth on the values of civics has lead her to create a new website called icivics.org. The website sets up curriculum for teachers and has games for students—all designed to make sure kids can start learning about how government works from a young age.

More than 65,000 teachers have registered for the site, and over 6.5 million individual people have visited. It’s her hope that these are signs that schools are starting to take civics more seriously again.

After discussing her current work for America’s youth, O’Connor took questions from the crowd about her time on the Supreme Court, and growing up in the Southwest.

For the most part, she was unwilling to discuss any of her feelings on any cases after her tenure, both in the Supreme Court and her own. She was, however, quick to tell the students in the crowd how important hard work and determination is.

“Do well,” she said. “The future is in the hands of you young people. If you are able to evaluate both sides of a problem, and where both sides are coming from, everyone will profit.”

O’Connor finished off the lecture with a couple jokes about being “just a cowgirl from Arizona,” and left after about an hour and a half of speaking and answering questions.

Photo Courtesy of LIbrary of Congress