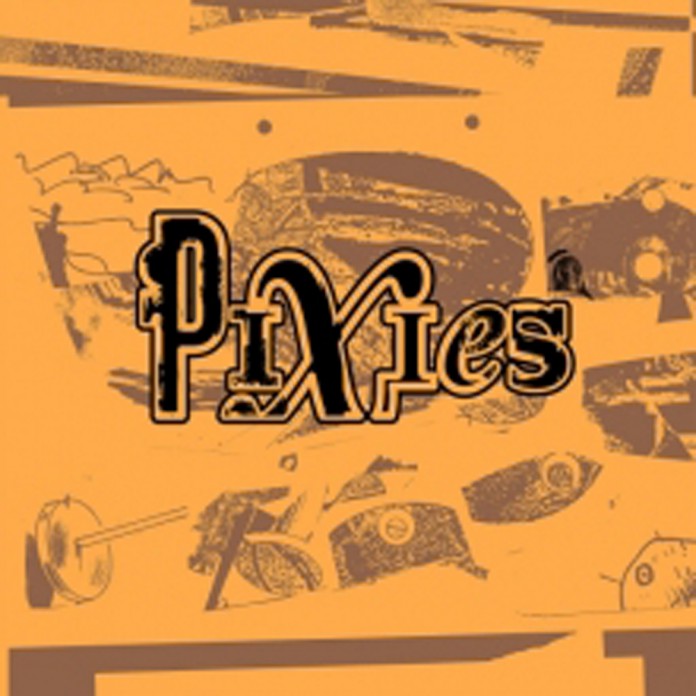 The last time Pixies released an album, Kim Deal was still playing bass, George Bush Sr. was president, and I was 6 months old; my, how the times have changed. Their first studio album in over 20 years, Pixies’ “Indie Cindy” is a dark, riffy, and at times brooding return to alternative rock and indie–genres the band helped define.

The band’s last studio album, “Trompe le Mond” (1991), was regarded by many to be some of their best work. Personally, I think “Doolittle,” released two years earlier, is as good as it gets. Songs like “Debaser,” “Tame,” and “Wave of Mutilation” are instantly recognizable as indie classics decades later.

The album is an amalgamation of three prior EP’s, released from Sept. 2013 to March 2014, that were reworked to form a cohesive album. It opens with “What Goes Boom?,” a song that harkens back to “Doolittle” with a crunchy guitar riff and a noodling, reverb-heavy lead guitar riff from Joey Santiago, in a style that is all their own. Black Francis’ vocal delivery alternates from his dark, low register whispering to a newfound shouting, eventually erupting into a swinging chorus.

The third track, “Indie Cindy,” immediately calls to mind the band’s classic “Where is my Mind,” but that association ends quickly. The verse of the song is Arctic Monkeys-esque, with a droning riff carrying the song, but lyrically, it is a scathing review of popular indie music today. It admonishes quirk for the sake of quirk, with lyrics like, “mixed messages from Sir Naff / please authenticate / just to be sure that you’re a sap / set for stun automatica / crap is the operative / locomotive of the longest death.” Pixies don’t need anyone to “authenticate” their music, let alone validate it, and they know it. That’s why they were champions of alternative rock from the get go.

“Bagboy” offers a modern perspective into the band’s songwriting prowess, while still retaining a certain 80s and 90s vibe. It begins with an electronic drumbeat, which works its way into one of the  catchy, minor-oriented chorus that Pixies are known for. There isn’t a slow moment on “Indie Cindy,” a deliberate approach to a genre that has become too washed out and dulled down in recent years.

However, nothing on this album grooves like “Blue Eyed Hex.” Overdriven, saturated minor and seventh chords open the song with a comfortable discordance before the chorus, which sounds like a fatter Cars riff more than anything, followed by Francis’ shouting vocals, recalling past songs like “Tame.”

If there was ever a formula for the perfect Pixies song, “Another Toe in the Ocean” is as close as you’ll get. The falling chords and simple yet catchy lead guitar riffs carry the song from the very first beat. The penitent, sorrowful lyrics, however whimsical they might be, drone on in a melody that is minor yet still uplifting.

A Pixies album wouldn’t be a Pixies album without at least one song that makes you scratch your head. “Andro Queen” is a song that, upon first listen, is forgettable. But when you listen to the lyrics and realize the bridge is sung in Espranto (a made-up language created in the 1800s), the song gets a little more interesting. Pop those words in Google Translate and you’ll get some of the best lyrics Black Francis has penned: “I look to the heavens for your return / I look at your hand to see the ring / and we will walk / together to your room / our love will be a new / our love will be a new.”

The last two songs are “Snakes” and “Jaime Bravo.” “Snakes” plays with the math rock genre, a heavy and experimental approach on indie music centralized around dueling lead guitar lines,a driving bass line, and a four-on-the-floor drumbeat. The verse mellows down a bit before an anthem-like chorus, followed by more of those Arctic Monkeys-sounding guitar lines. That’s not to say that Pixies ripped off the Monkeys. I think that, after Pixies’ 20-year absence from a career that helped spawn a genre, bands like the Arctic Monkeys sound like Pixies, not the other way around.

Overall, the best song on the album is “Jaime Bravo.” It’s poppy, but not saccharine. It’s riffy, but not heavy. And again, Santiago’s leads shine through like they did on “Doolittle” or “Trompe le Monde.” Lyrically, Francis closes out the album with a sense of melancholy, conveying the story about a trapeze artist in Mexico City. The bridge of this song is also sung in a language other than English, Spanish, translating to: “Oh my look at you go by / It’s so nice just to see you / It feels right here in the sunlight / And this ride is almost through / So goodbye and goodnight.” It leads into a coda of  “goodbye and goodnight” amid “woo-oohs” and more squealing leads.

All in all, “Indie Cindy” ranks among the best Pixies albums ever. If the band keeps cranking out music like this, the “indie” genre is going to have its hands full.