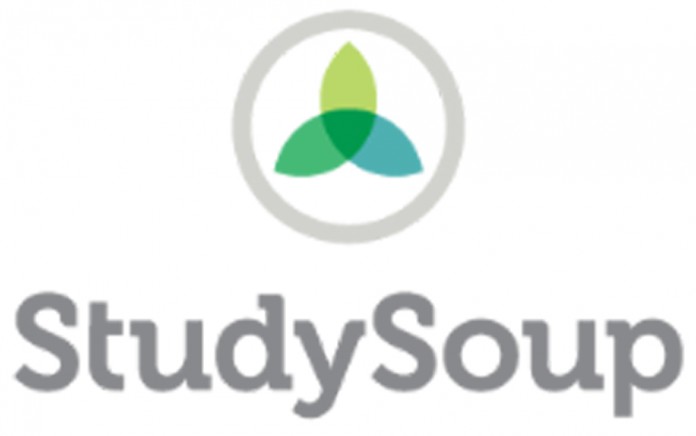 If you’ve been in any large lectures lately, you probably noticed clipboards circulating throughout the first weeks of the quarter headlined with “StudySoup.” Sign-up sheets are not uncommon on our campus, but this is one you may want to take a look at before passing along. StudySoup is a Santa Barbara-based startup that promotes peer-to-peer education through buying and selling personal study guides and notes online. The educational platform was founded by University of California, Santa Barbara’s own alumnus Sieva Kozinsky in 2012 and, according to their press release, has reached about 8,000 students across 15 campuses in the country. At the end of winter quarter 2014, UCSB had 100 note takers for StudySoup.

Marketing interns Lexi Lim and Clarissa Calderon explain the process of maneuvering the StudySoup website, where students can type in the name of their institution and the course number of the class for which they would like notes. The website will then produce all of the materials that have been uploaded by contributing students for that particular course.

If one wants to become a contributing note taker, he or she can contact StudySoup to begin their vetting process. The student will be interviewed with questions pertaining to what kind of writing style he or she has and what program or software is used.

StudySoup is not limited to those who carry laptops to class. If a student writes notes by hand and includes things such as hand-drawn graphs or color-coding, then they can scan their notes and upload them as an alternative. Ultimately, all documents are converted and saved in a Portable Document Format.

There isn’t just one note taker per class, either. If you are approved as a note taker, you are free to upload your notes for whichever lectures you wish, at whatever time you wish, for whatever price you want. In this way, note takers have complete agency with respect to their work and how they wish to market it.

“This is a sort of quality assurance in itself,” said Calderon. “If you have a lot of note takers in one class, you, as a student, are going to want to buy the best notes–and that keeps everybody else [the note takers] on their toes.” This dynamic illustrates the company’s distinctiveness in being “an online marketplace,” according to Lim.

“We encourage peer-to-peer learning,” said Calderon, “so I think it just really connects students more than anything.” Lim, who works as a note taker in addition to being an intern for the company, said that when she emails students in lectures informing them of the sale of her notes, “I’ve gotten people emailing me back to ask to study together. So it’s a good way to meet students.”

StudySoup’s ingenuity has not gone unnoticed; it was announced as a finalist for the Cool Tech category in the 2014 EdTech Digest Awards Program, recognizing it as an original technology solution for education.

“By providing a platform for people to connect,”said Kozinsky in a press release, “we are helping top students make money while helping their classmates.”