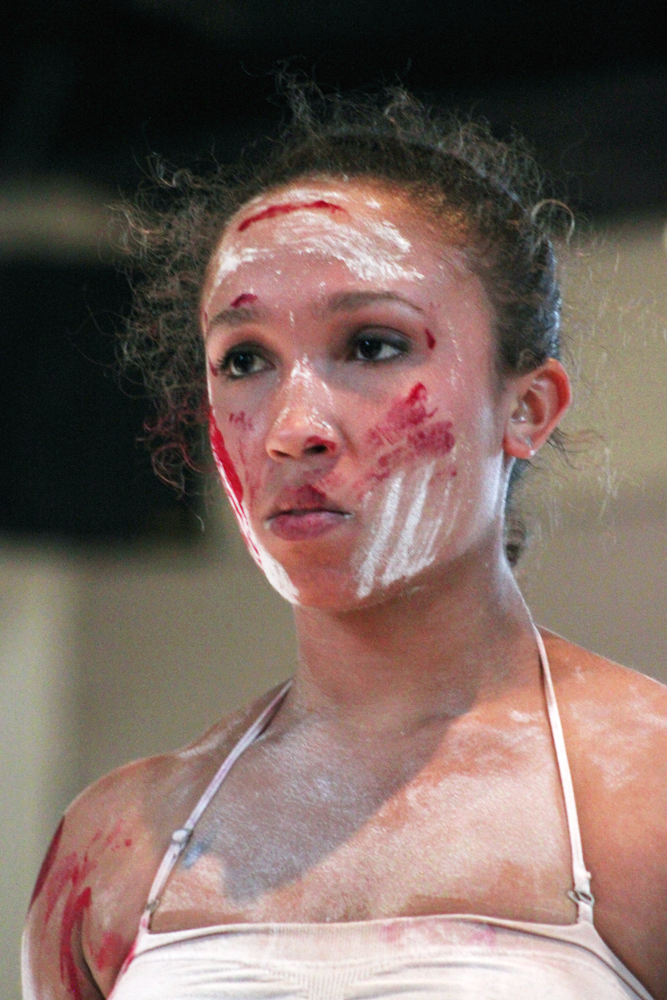 Students Charlie Schnitzer and Jessica Stucke premiered their Honors Dance Project, “The Body as a Metaphor,” on Thursday, April 24. The contemporary dance performance took place in the Performing Arts Building at the University of California, Santa Barbara.

Schnitzer and Stucke choreographed the show on their own, drawing inspiration from their observations of the world around them in order to personify the raw emotion, violent tendencies, and beauty of the human mind.

“Charlie and I have lots of talks, and our interests come from our shared experiences,” said Stucke, a fourth-year dance major.

Consideration of each movement is crucial to understanding the performance itself. Schnitzer describes the show as an “artistic experience and a view into one way an artist can work to create a piece, painting, or work of art.”

“Walking down the street, how you walk, what you wear, who you talk to–it’s all an expression,” said Stucke.

“Jessica and I had many ideas about what the show could look like, and from the beginning we knew there would be paint,” said Schnitzer. “The other elements–like the flour and the canvas floor–came much later in the choreographic process.”

The use of flour, canvas, and paint help bring to life Schnitzer and Stucke’s message that everything is artwork, even the human body. While the show blended contemporary dance with modern art, it also involved the audience as well. In the Performing Arts lobby, people were encouraged to paint on a “human installation” as an expression of their own thoughts about how the body is a metaphor, particularly for a canvas, landscape, and weapon.

“Having a human installation at the beginning before members of the audience even got to see any movement or dancing was a way to get people into the mind-frame that everyone is a creative and artistic person,” said Schnitzer.

Schnitzer and Stucke are two of the 11 members of the UCSB Student Dance Company, which they were asked to join at the end of their third year. Essentially, students involved take a year-long course in which they are able to collaborate on several projects, as well as meet guest choreographers. Over the next two weeks, the Dance Company is touring the Czech Republic and Italy, performing the pieces the members have been working on all year.

“This really is a once in a lifetime opportunity for all of us, and this is what makes our dance program incredibly unique,” said Schnitzer. “This trip is going to help us understand what it is like to be traveling constantly while dancing constantly.”

Schnitzer and Stucke, along with the rest of the Dance Company, will be returning to UCSB on May 12, when they will undoubtedly begin envisioning their next work of art.