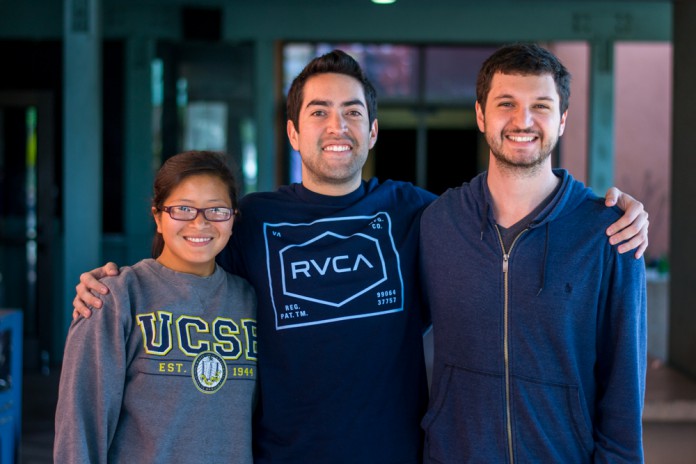 The good folks over at Kinotek, University of California, Santa Barbara’s student-run film series, are very busy these days. What began as a college freshman’s idea has now evolved into a seminal campus organization dedicated to providing UCSB students and the surrounding community with free screenings of quality films every Wednesday night in IV Theater.

Kintotek President Ben Shukman was just a first-year in the fall of 2011 when he began the long journey to making Kinotek a reality. Fueled by his fond memories of watching older classic films with his friends at the American Cinematheque in his hometown of Los Angeles, Shukman dedicated his time to creating a similar experience for his fellow UCSB students.

“When I came here I was really sad that there didn’t exist this kind of venue,” said Shukman. “I wanted to create what this school was missing, which is a film festival very dedicated to older art movies.”

Kinotek screens many critically acclaimed films that played in theaters when many current UCSB students were either very little or not even alive yet, like “Vertigo,” “Fargo,” “Pulp Fiction,” and “Fight Club,” along with many recent classics like “WALL-E,” “Little Miss Sunshine,” and “Mean Girls.”

As if pursuing a double major in physics and art history weren’t difficult enough, Shukman recalls the red tape that he had to go through to get the organization off the ground.

“Bureaucracy is a nightmare, and it’s something that you just need to tackle head on,” he said. Kinotek managed to secure key support from the Isla Vista Community Relations Committee after much convincing and hype-generating.

“We were never required to seek external funding sources because the IVCRC really believed in what we do… Without them, none of this would ever have been possible,” said Shukman. To this day, the IVCRC continues to support and sponsor the organization.

After a lot of planning in fall 2011, Kinotek held their debut screening of David Fincher’s “Fight Club” in winter quarter of 2012–their first and only screening of the quarter. Spring quarter began with “Pulp Fiction,” and the rest was history.

“Now we’re doing an average of about seven [films] a quarter,” said Kinotek Vice President Magnum Terrazas, a third-year biopsychology major. In the beginning, Shukman worked with about three other people to run Kinotek; now that number hovers at around 14 stable members who help make Kinotek’s operations smoother and more structured. “It’s not just me telling people what to do. It’s all these teams working together… That’s my favorite part of our growth,” said Shukman.

With so many dedicated people collaborating to help make Kinotek successful, there is a good chance it is a program that is here to stay.

“I hope that we can continue how we’ve been progressing… There’s still a lot more room for improvement [but] I hope we’ll leave Kinotek relatively autonomous,” said Terrazas.

Kinotek Marketing Director Pai Srukhosit, a film and sociology double major, also reflected on her experiences with the organization as she approaches the end of her senior year at UCSB.

“I’ve only joined just recently but it’s been a lot of fun helping [to communicate] the brand or image that we want to cultivate for ourselves… and the team is just lovely,” said Srukhosit.

“We’re just looking for people who love movies as much as we do,” said Shukman. With Kinotek’s impressively eclectic selection of films, they’re sure to continue attracting film enthusiasts from all over. Along with Magic Lantern Films and AS Program Board, Kinotek has helped make UCSB a safe haven for movie lovers who want to see their favorite films, old or recent, on the big screen.

This quarter is set to be Kinotek’s biggest quarter yet. They have a lot in store and will be kicking things off with Paul Thomas Anderson’s 1997 film “Boogie Nights” on Wednesday, April 23, at 8 p.m. in IV Theater.