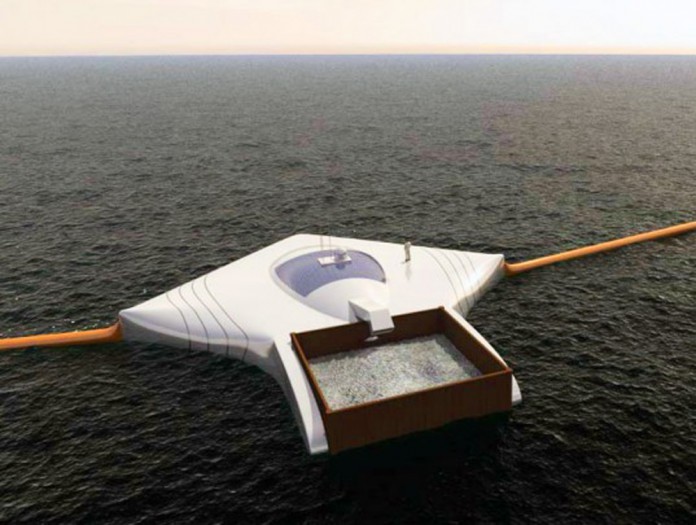 It would take an estimated 79,000 years to clear our oceans of waste at our current cleanup rate. According to 19-year-old Dutch aerospace engineering student Boyan Slat, however, there is a way to remove millions of pounds of plastic from the oceans in a mere five years.

According to the New York Daily News, the project involves anchoring 24 sifters to the ocean floor and letting the ocean’s currents direct plastic into miles of booms, or connected chains of timbers used to catch floating objects and suck them into a trash sifter. Once the plastic is retrieved, it will be brought ashore and sold.

According to Boyan Slat’s official website, the project began in 2011, with Slat conducting a project with his friend Tan Nguyen, researching the possibility of remedying the world’s oceanic garbage patches. The two analyzed the concentration of particles between 90 micron and 333 micron, the separation of plastic and plankton, plastic depth measurement devices, and the amount of plastic within the top layer of the gyres. Slat’s project received several awards, including Best Technical Design 2012 at the Delft University of Technology and the second prize by the Dutch Ministry of Infrastructure and the Environment. By January 2013, the Ocean Cleanup Foundation, a non-profit organization responsible for the development of Slat’s technology, was founded.

Approximately one third of the ocean surface contains plastic pollution, which is estimated to be about 7,250,000,000 kilograms of waste. Here’s how the Ocean Cleanup Array works, as written by Slat: “an anchored network of floating booms and processing platforms will span the radius of [a gyre]. These booms act as giant ‘funnels,’ where an angle of the booms creates a component of the surface current force in the direction of the platforms. The debris then enters the platforms, where it will be filtered out of the water, and eventually stored in containers until collected for recycling on land.”

While using nets to accumulate plastic waste risks trapping marine life, booms pose no such risk. The arrays will be placed parallel to shipping routes, preventing any interference with shipping traffic. The Ocean Cleanup Array would technically be classified as an “artificial island” under the United Nations Convention on the Law of the Sea (UNCLOS), but there are certain areas that will be avoided. The Ocean Cleanup Array will also have to be charted, but several gaps will be introduced to the array in order to allow ship crossing.

However, according to Inhabitat, Slat’s plan may not be as effective or successful as anticipated. We all know that the ocean makes up about 70 percent of the earth’s surface, but some aren’t fully aware of just how large the ocean actually is–315 million square kilometers. Additionally, plastic isn’t so easily contained within the borders of the gyres–it’s everywhere in the ocean. For Slat’s plan to conceivably work, millions of gyres would have to be implemented. Furthermore, about half of the plastic waste in the ocean, such as Coke bottles and PVC pipe, sinks and is thus not covered by the gyres.

While the Ocean Cleanup Array may not be able to completely rid the ocean of plastic, it can be a large step in the right direction if implemented correctly. But whether Slat’s project will ultimately prove to be the ocean’s savior or a colossal waste of time and money is difficult to say without more testing and experimentation.

The Heartbleed Bug: A Trivial Mistake With Disastrous Consequences

Pay with Amazon Expands to Other E-Commerce Platforms