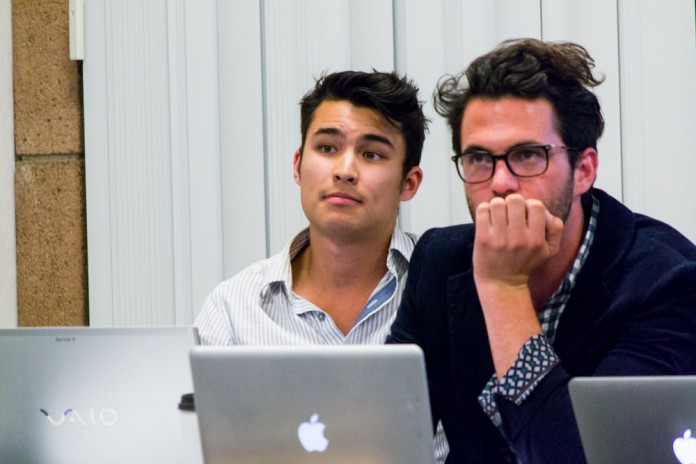 Associated Students Senate approved the production of video recaps of its meetings and learned of a recent increase in plagiarism among students at its informal meeting on Wednesday, Feb. 19.

Due to a glitch in the sending of this week’s Senate agenda, it was not released to the rest of AS a full 24 hours before the Senate convened. This meant that they were prohibited under the Brown Act from formally voting on any of these matters, and the meeting held Wednesday night therefore served as a preliminary discussion before the email vote that took place the evening of Thursday, Feb. 20, and the morning of Friday, Feb. 21.

Wednesday night, Student Advocate General Kristian Whittaker mentioned during his report to the Senate that recent cases dealt with by his office have demonstrated a trend toward increased plagiarism, mostly among international students.

As a result of this influx, Whittaker said that his office is working to develop a more comprehensive program for these students to complete at their orientations. He also noted that the trend he has seen is cheating on exams, rather than plagiarism committed by not crediting sources or by directly copying work in a paper completed outside of the classroom.

“A Resolution in Support of Producing ‘The Senate Room’ Video Logs,” which passed with a 20-1-0 vote submitted via email, authorizes the production of a short weekly video summarizing Senate proceedings at that week’s meeting. The first video was released Wednesday night, resulting in significant excitement from its producers, Off-Campus Sens. Montana Maclachlan and Andre Theus.

“I haven’t seen something like this come out of AS in the last three years,” Theus said. “This is a huge step for AS.”

Each video is projected to be one to two minutes long in order to summarize Senate operations concisely while avoiding a loss of viewer interest. Theus and Maclachlan both hope that the videos will endure throughout future years as a means of providing transparency within AS.

Senior Associate Dean of Student Life Debbie Fleming also gave a report during Wednesday’s meeting regarding the upcoming meningitis B vaccine clinics to occur at the UCSB Recreation Center’s Multi-Activity Court (MAC) from Feb. 24 to Mar. 7. She noted that representatives from the Center for Disease Control and Prevention will be present at the clinics for consultation purposes.

Fleming warns the student body to be cautious, noting that there were several months between similar cases of meningitis at Princeton University and that the outbreak cannot be considered finished until more time has passed without a new case.

AS President Jonathan Abboud noted during his report later in the meeting that the vaccine’s cost has been estimated at $2 million, but as of yet this charge has not been assigned to any particular department or faction of the UCSB administration. He feels that due to the public risk caused by the outbreak, the University of California Office of the President or other such entity should shoulder this financial burden.

The Senate also passed “A Resolution Urging the Association to Reduce Water Usage” and “A Bill to Restructure the LRC Legal Code” during its email vote.