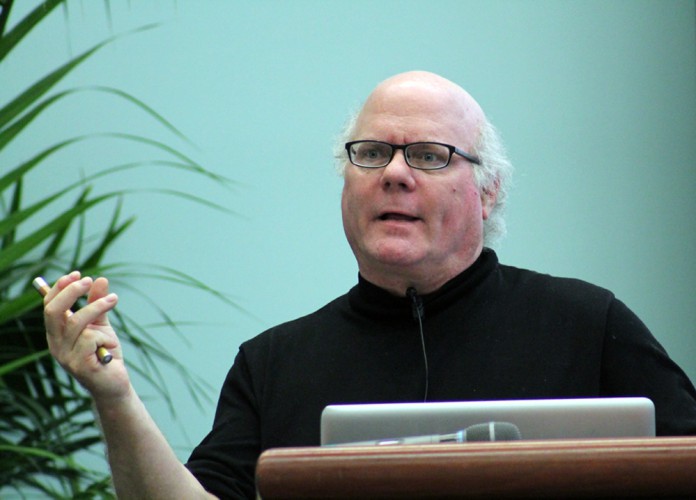 The Department of Economics held the inaugural Philip Babcock Memorial Lecture in Corwin Pavilion on Tuesday, Jan. 21. The lecturer was Colin Camerer, a professor of Behavioral Finance and Economics who studies human behavior and the economy at California Institute of Technology.

“Our speaker has been chosen to convey some of the joy Professor Babcock found in applying economics to the world,” said the Department of Economics at the University of California, Santa Barbara. Camerer has an incredible educational background, having earned his MBA at just 19 years old at the University of Chicago and three years later earned his Ph.D. from the same university in behavioral decision theory.

Philip Babcock, an assistant professor at UCSB, taught in the Economics Department on campus. He received his Ph.D in economics at the UC San Diego, and, like Camerer, Babcock specialized in social dynamics and how they affect the economy.

Aside from teaching and his many contributions to the world as an economist, Babcock founded an engineering software company; wrote a book, Eyes of God, in 2011; and was a freelance writer of film and television episodes. He passed away at the age of 53 after a courageous fight with cancer and left behind a wife and daughter. Instead of flowers or other items, the Babcock family had memorial contributions made to the Coastline Christian Academy.

“Professor Babcock was considered a tough but dedicated teacher,” his obituary read. His commitment to his students and his subject was undeniable.

The Department of Economics at UCSB has decided to hold a Philip Babcock Memorial Lecture “to honor the vibrant legacy of UCSB Professor Philip Babcock,” stated the department.

The lecture was expertly crafted by Camerer, making the material both easy and interesting to follow for those in the room that were not familiar with game theory or strategic thinking analysis.

“I’m sorry I didn’t have the chance to know Professor Babcock,” Camerer said at the beginning of his lecture, and it was clear that he meant it.

Professor Babcock is well remembered for both his influence in economics, having his scholarly works debated in major national news sources, and for the kind of person he was. He managed to touch many lives while he was alive, and with the Philip Babcock Memorial Lecture, he will be able to continue touching many more.