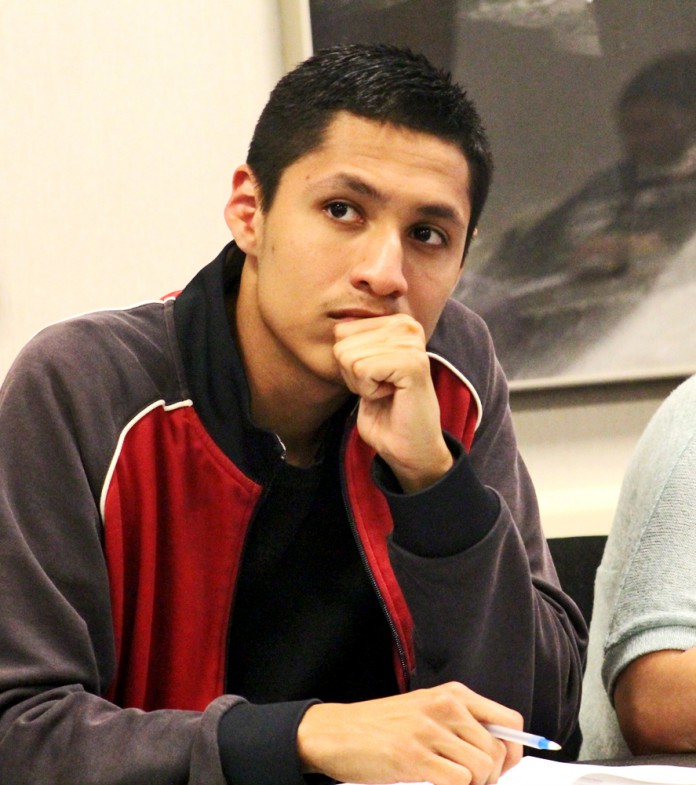 Associated Students Senate tabled “A Bill to Update the UCSB AS Elections Code” for a week and heard presentations from federal and state policy analysts at its meeting on Wednesday, Jan. 22.

In light of the approaching Associated Students election season, Off-Campus Sen. Nick Onyshko and Collegiate Sen. Elliott Patzkowsky worked with the Elections Committee to implement certain changes to the Elections Code intended to improve the process. These changes include an increased spending limit for candidates, as well as the removal of a clause prohibiting candidates from demonstrating party affiliation at the start of the year. According to Onyshko, the purpose of the clause’s removal is to encourage the formation of new parties that could have a presence in upcoming elections.

Off-Campus Sen. Andre Theus suggested that the committee also look into defining the specifics of the eligibility stipulations outlined by the code. He noted that during past electoral proceedings, it has differed from year to year whether the committee has relied on winter or spring quarter grades to determine whether a candidate meets the 2.0 minimum GPA requirement.

“Personally I think they should check spring [grades],” Theus said. “A lot of people would be more motivated to run.”

Claire Fox, chair of the committee, voiced her support for the bill during public forum.

Associated Students Federal Policy Analyst Monte-Angel Richardson, from the office of the External Vice President of Statewide Affairs (EVPSA), gave a presentation during public forum on the impact of the new congressional spending bill on higher education. She cited many positive changes, including increases in funding to campus-based student aid programs and increased spending on research grants such as the Pell Grant.

“[They’re] making sure our universities are able to perform their research functions,” Richardson said.

The bill provides funding to nonprofit student loan organizations despite the December congressional decision to no longer mandate such funds. It also directs the Department of Education to evaluate these smaller loans in such a way that they can more fairly compete with larger loans.

Richardson’s presentation was followed by another from Ajinkya Joshi, also from the EVPSA office, regarding the effects of the proposed California budget on public colleges statewide. He said that instead of expanding programs, Gov. Jerry Brown will allocate the state surplus toward strengthening them and taking measures to compensate for debt left after the recession.

“Gov. Brown wants to focus on maintaining existing structures, and trying to make back some of the debt we’ve made over the years,” Joshi said. “Luckily schools are now one of the priorities he’s made.”

According to Joshi’s report, the budget dictates a 5 percent increase in the general fund for schools and higher education and provides enough funding to ensure stable tuition rates for the next fiscal year. The latter provision is largely a result of the passing of Proposition 30, a 2012 ballot measure that temporarily increased taxes as a means of providing increased funds to education.

Another important stipulation of the budget is a proposed $50 million “innovation grant,” which would be directed toward ensuring four-year completion of bachelor’s degrees by undergraduate students. The goal of this measure is to improve the transfer rate of community college students, which could significantly lower education costs.

“The biggest way you can save money, I think, is transferring community college students to UCs and CSUs,” Joshi said.

That evening, Senate also passed the three-week-old “Bill to Create a Standing Policy to Regulate Expenditures on Food at Meetings,” which will limit expenditures by AS boards, committees, and commissions (BCCs) on food served at their meetings.

Other presentations included a report from University Owned Housing Sen. Belen Verdugo announcing that the Coalition on Housing Justice has reopened a housing survey designed to help improve housing affordability, as well as a report from External Vice President of Local Affairs Alex Moore that briefly touched upon his plans for Deltopia resources and regulations, which he said would likely be similar to those implemented during Halloween weekend.