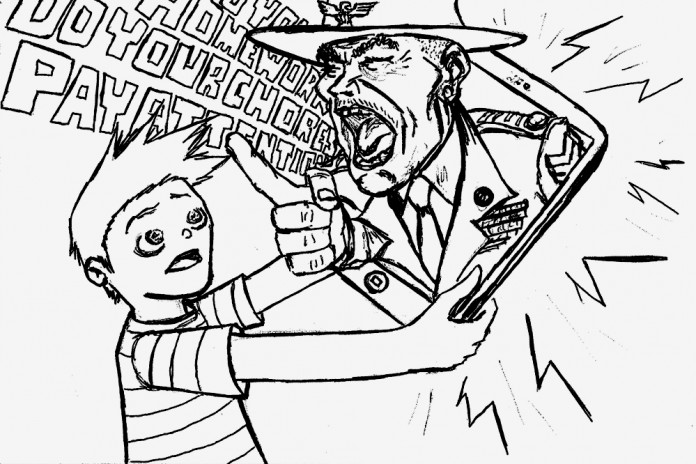 Step aside Bill Nye; your quirky antics and bow tie have sadly become outdated in our high-tech world. Educational applications—you’re in.

According to media intelligence firm Magna Global, with 27 percent of 3- to 5-year-olds and 43 percent of 6- to 8-year-olds using iPads on a daily basis, applications have become quite familiar territory for young people. Applications made their debut only five years ago, back in July of 2008, for iPhones and iPod Touches. Since the application introduction, the app world has exploded, and app companies are targeting younger and younger users.

With an increasing number of youngsters finding themselves face to face with a screen, concern about this phenomenon is also growing. Even though these apps are intended to improve behavior and make learning enjoyable, are kids actually learning, and is such early exposure harmful to our youth? Einstein famously said, “I fear the day that technology will surpass our human interaction. The world will have a generation of idiots.” Are we in the process of raising antisocial, technology addicted idiots?

Although the concern is understandable, research indicates that the answer is no.

Several studies, including one published last year in the British Journal of Education Technology, found that game technology positively impacts learning. In fact, with elementary students learning math, it was found that those who used the technology-based game out-performed those who played the same paper-based version. When it came to reading, writing, and even tasks such as chores, the same pattern arises. Research continues to show that children react positively to technology-based games regardless of the objective, whether it be learning their times-tables or cleaning their room.

Dr. Callie Gibbs Black, a board-certified pediatrician with Kaiser Permanente and tech-savvy mother of two young children, believes that the perks of educational applications go beyond just teaching math and spelling. She argues that interactivity and ease of use are also great for young children, including her own.

However, as with everything, proportion is key. Overexposure, inactivity, and parental overuse are drawbacks of this new technology that needs to be kept in mind, according to Black. App-based activities, such as painting, are not a proper substitute for pulling out paper, brushes, and yes, the mess. This is especially true when it comes to physical activities. Studies have shown that media overexposure can lead to inactivity, causing childhood obesity in older children. However, to take the spotlight off of educational apps, this is the case with any sedentary activity. Another aspect to keep in mind is that these apps are not a replacement for parenting or childcare, and relying on them too much can hinder your child’s interactions.

It is hard to argue against the prediction that technology will continue to play a larger and larger role in our lives. It is a daunting thought that certain basic activities may at some point be replaced by the latest and greatest gizmo or program. Perhaps Einstein’s concern is real and coming in the not too far off future. It appears, however, that we are safe from his prediction—at least for now.