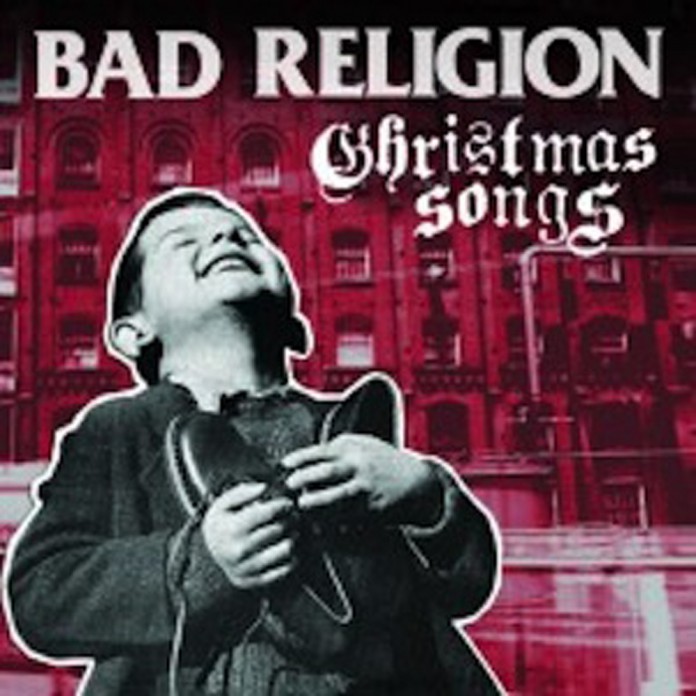 There aren’t many things less punk than Christmas. The cheer, the merriment, and the joy are an antithesis of the genre’s foundations of anger and rebellion. So when a punk band, let alone one as well-established and respected as Bad Religion, decides to put out a Christmas album, fans were skeptical—and reasonably so.

Bad Religion has built itself a reputation of being not necessarily anti-religion, but pro-rational thought and pro-social consciousness. Their 17th studio album, “Christmas Songs,” poses an interesting question to casual listeners and longtime fans alike: Is Bad Religion playing a joke?

Signs point to no. All the elements of a classic punk album are there. Clocking in at just over 19 minutes, these are fast, hard-hitting punk songs that just happen to be your grandmother’s Yuletide favorites. That being said, the album as a whole comes off as a bit cliché, but hey—it’s better than Barry Manilow.

No one can knock the musical execution of “Christmas Songs,” but the songs themselves are kind of lame. Their rendition of “O come, O come Emmanuel” has the classic sounds of a Bad Religion song, and singer Greg Graffin’s voice is just as iconic, but even a casual Bad Religion fan will hear anything but that; it’s a Bad Religion song trying hard to be a Christmas song. The songs are fun the first go around, until one realize they’re Christmas songs.

That’s not to say that the band was going for a real Christmas album. They obviously wanted to go in the harder, heavier direction, as heard in “White Christmas”—a song featuring the up-tempo drums, big guitar riffs, and stellar and haunting backing harmonies that the band is known for. “Angels We Have Heard on High” and “God Rest Ye Merry Gentlemen” show off Graffin’s vocal range and guitarist Brett Gurewitz’s “still got-it” soloing capabilities, but it would be easy to see how a fan could lose it when they hear Graffin sing “pa rum pum pum” on “Little Drummer Boy.”

The real gem of the album comes at the end. The last track is a re-mixed version of Bad Religion’s “American Jesus,” touched up by producing heavyweight Andy Wallace, who has worked with everyone from Paul McCartney and the Foo Fighters to At the Drive-In and Sonic Youth. The Wallace mix is brighter and noticeably louder, and its live-recording feel is a real treat for die-hard fans.

The album isn’t bad, but the songs just don’t shine through as much as a “regular” Bad Religion album would. But with 20 percent of the album’s proceeds going to Survivors Network of those Abused by Priests, it might be worth picking up, if only to spread some Christmas cheer.