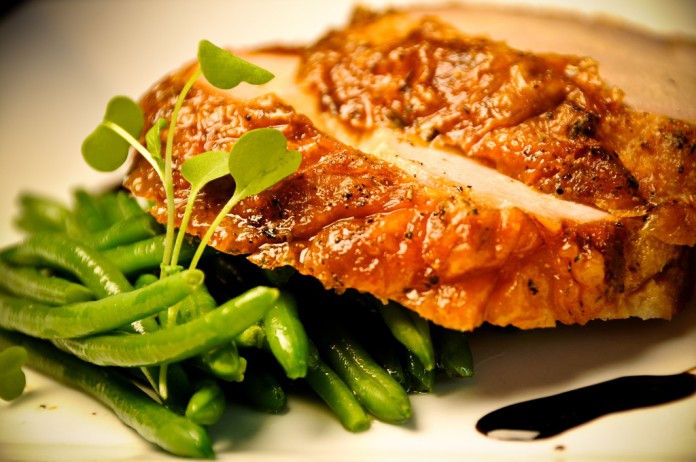 The problem with Thanksgiving is that it celebrates a real event in isolation from the fuller context of history. While it’s true that there was cooperation between Pilgrims and Wampanoags, there is much more to the story. And much of the really ugly stuff happened after colonial powers had taken control of an area and subjugated the native population. So Thanksgiving is like taking just one fraction of history and pulling it out to celebrate and commemorate it. The problem is that it’s not even a representative sample of the fuller stories. It takes one nice story and elides all the history that is inconvenient to the consensus narrative of settler-Indian cooperation. It would be like commemorating the cooperation between the U.S. and Saddam Hussein’s Iraq during the 1980s in their war against Iran, without ever mentioning the chemical weapons, Operation Desert Storm, or the Iraq War that followed.

It’s a similar problem with Columbus Day and the narrative of discovery. It focuses upon Columbus’s vision and preparation and his daring quest into the unknown, but stops when he sights land, “discovering” the “New World.” Why doesn’t anyone know that on his second voyage to the Caribbean Islands he brought 17 heavily armed ships with 1,500 soldiers and initiated the trans-Atlantic slave trade? History doesn’t end with exploration; it carries on through imperial conquest, colonial domination, and economic exploitation today.

The fuller truth can be understood by an explanation of the stages of colonialism. Of course it is characterized by cooperation at first; the colonial power needs support to anchor its presence in a new land and it needs bridge figures from a target population to act as translators and informants for the inevitable research that must be done to understand the target. This stage is followed by techniques of divide-and-conquer, of playing historic enemies against each other with new weapons, and creating conditions of indebtedness and subordination. Native nations also engaged in shrewd diplomacy at this stage, often maximizing their strategic position vis-à-vis competing colonial powers in a region. But once the intra-colonial struggles have been resolved, the victorious colonial power settles down into administrative control over the indigenous population, which carries with it the banal ceremonies of renaming places and revising history that results in such celebrations as Thanksgiving and Columbus Day.

Interestingly, the original Thanksgiving proclamation by Abraham Lincoln didn’t refer to American Indian or Puritans. Instead, he urged his countrymen to unite, despite the raging Civil War, in a common show of gratitude to the “providence of Almighty God” with “humble penitence for our national perverseness and disobedience.”