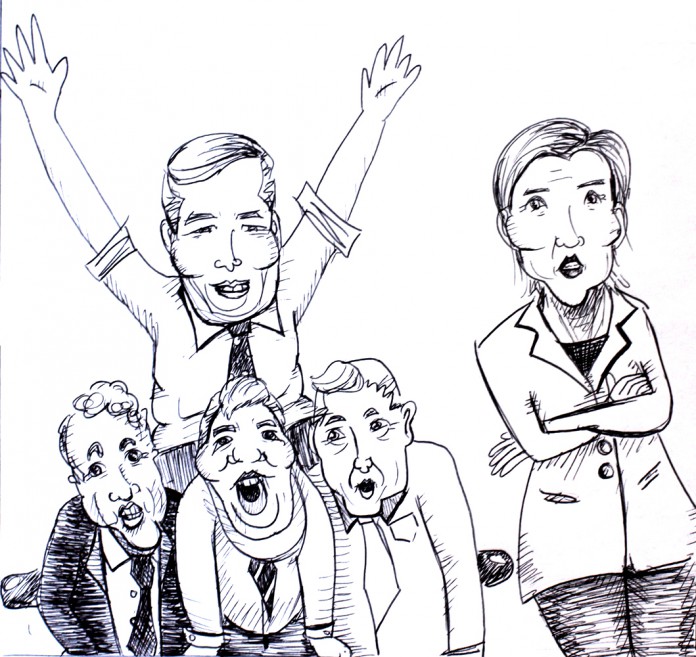 It’s been a year since President Barack Obama was reelected for a second term, and potential candidates for the 2016 election are already lining up, eyeing the position like a group of wild animals ready to pounce. According to Politico, Democrats quite heavily favor Hillary Clinton as the Democratic Party’s presidential candidate, while Republicans are split between Govs. Chris Christie and Jeb Bush, and Sens. Rand Paul and Ted Cruz. But why start campaigning so early at all?

Merriam-Webster defines a lame duck as “an elected official whose time in an office or position will soon end.” In the context of the 2016 elections, Obama will become a lame duck president after the votes are counted, as the country makes way for a new president. But the term “lame duck” can also be used to describe a person or company that is weak or unsuccessful and needs help. According to The Week Magazine, with how much controversy surrounds ObamaCare and how dissatisfied people are with it in general, Obama is quickly turning into a lame duck president long before his term is supposed to end, as he is unable to garner the support of both Democrat and Republican lawmakers. As a result, the country is now turning toward the future, to a time when Obama will no longer be in office.

The main problem people—both Democrats and Republicans—currently have with Obama’s administration is the implementation and execution of the Patient Protection and Affordable Care Act, more commonly known as ObamaCare. The goal is to reduce growth in health care spending while simultaneously providing access to affordable, quality health insurance, according to ObamaCare Facts. The ACA is controversial for a variety of reasons, including the requirement that contraceptives be covered without co-payment and the higher taxes that will naturally be required to maintain this system, according to Washington Post. Many of the reasons for such controversy can be boiled down to widespread misinformation about the act, and people shouldn’t be so quick to jump down Obama’s throat and pin all the blame for the act’s shortcomings on him. According to Politico, potential candidate Chris Christie wholeheartedly embraces Obamacare, earning some raised eyebrows from his Republican peers. This has brought about a split in the Republican Party, with most of those who oppose Christie favoring Rand Paul.

Another reason people are focusing so much on the 2016 election is that the media is focusing on the people who seek to usurp Obama’s position. Regardless of political affiliation, presidential campaigns are expensive—only this time, the potential candidates have started fundraising and gathering support much earlier. In a way, it’s like starting and hoping to finish a project long before it’s due. Potential candidates are struggling to win the support of the people and their respective political parties, and primaries aren’t even close.

Aren’t we moving a little too fast? Considering that Obama has a good three years left, we’re losing faith in him too quickly. There’s a reason that a lot of U.S. history textbooks don’t evaluate George W. Bush’s presidency, even though it’s been five years since he was president—it’s too soon. Considering that Obama’s term isn’t over yet, it’s definitely too soon to label him as a failure so quickly, regardless of our political affiliations. While it makes sense for potential candidates to start preparing for the 2016 election so early, the rest of us should focus on what’s happening right now in this country, instead of an election that will take place in three years.