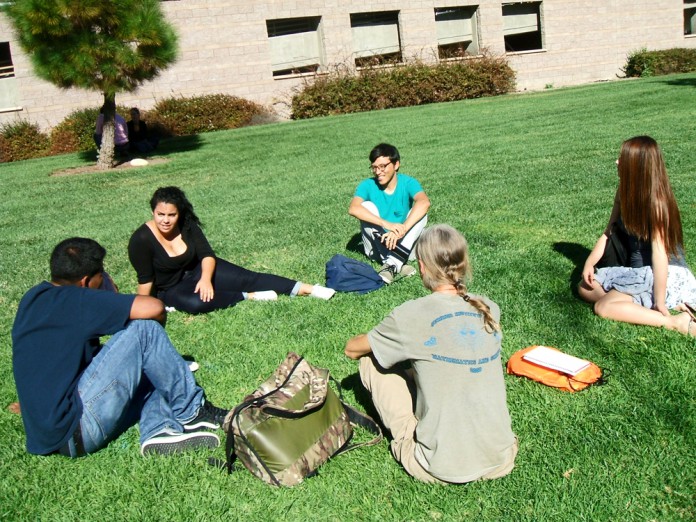 Some of the objectives going into this event were to discuss who Napolitano is and to provide a forum for undocumented students to share personal stories. Unfortunately, not everything went according to plan as class commitments altered the event. In the end, the teach-in was mostly led by HRB.

The conversation started with a brief history of Napolitano as Secretary of Homeland Security, and then moved to deportations, privatization of the UC system, and speculations about the emergence of a new UC Master Plan.

The attendees expressed discontent upon hearing about the inconsistencies of some deportations, and they questioned whether some of Immigration and Customs Enforcement’s (ICE) actions were legal. Some even called out some of their actions as illegal upon hearing of people being deported for minor traffic violations. The group had believed that ICE had a policy of deporting people for serious crimes, not minor ones.

One personal story was shared about a local girl who was separated from her father. The students present did not continue discussing personal stories, however, because they did not want to speak on behalf of undocumented students who were unable to attend.

HRB Outreach Coordinator Mario Vasquez mentioned that some groups in the UC system are pushing for a new UC Master Plan. In response to that, Vasquez and some others who were present shared a common view: why should the plan be changed if the existing plan has not yet been implemented effectively?

“Implement the one we have right now,” Vasquez said.

Other concerns expressed were in regard to people with no background working in education who are hired in administrative positions in the UC system. The most discussed example was, of course, Napolitano. However, their observations coalesced into a body of evidence against the privatization of the UC system. As more people with no background working in education are hired, these students worry that the UC will be run more and more like a business rather than as institutions of higher education that provide affordable high quality education to all students.