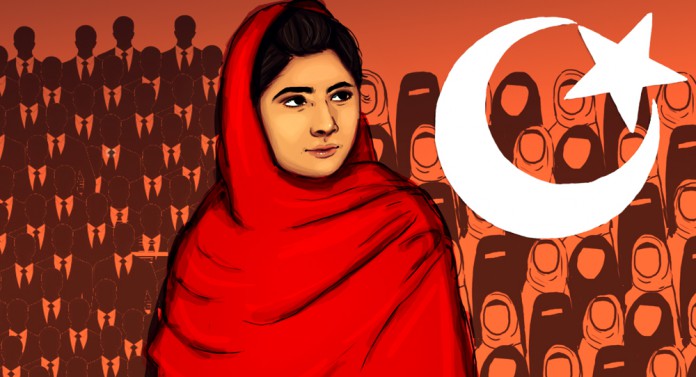 It often takes something quite extraordinary happening in the non-Western world for the average American to take note, let alone eagerly follow. One figure to recently achieve this level of extraordinariness is Malala Yousafzai, the Pakistani teenager who was shot in the head last year by the Pakistani Taliban for denouncing the group’s attacks on girls’ education. After making a full recovery, she went on to write a memoir, “I Am Malala,” and tour much of the Western world, meeting everyone from Jon Stewart to Queen Elizabeth II, all the while continuing to promote education for all.

Despite the wave of international attention she brought to girls’ education in her home country, the initial support of Pakistan’s main political parties and leaders, and her consideration for the Nobel Peace Prize, 40,000 private schools in Pakistan, according to NPR, have banned her book. The chairman of the All Pakistan Private Schools Federation, who was behind the ban, said “she became a tool in the hands of the Western powers” who does not represent Pakistan or Islam. One example he cited was her failure to use an abbreviation of respect before Muhammad’s name in her memoir.

It is difficult not to see Yousafzai as a Western figure. She may be from Pakistan and be advocating girls’ education there; however, it is the West that has generally shown greater support for this ideal—in light of how many Western versus non-Western nations live up to it—and Yousafzai did make a famous tour of the West and its bigwigs.

However, Western values are also widely regarded, even by some people in the West, as being exclusionary, if not wholly oblivious to other philosophies. Practitioners have a tendency to push these values onto the rest of the world for the purpose of conformation, not to mention their close ties to the all-powerful Western-centric view of the world and its history. From the justifiably suspicious perspective of the private school administrators, it’s not hard to see how Yousafzai is threatening to Westernize Pakistani values and society.

While it is true that some Western values are not in everyone’s best interest, any possible Westernization of Yousafzai’s position on education is irrelevant to the topic at hand. Rather than looking at the historical and geographical background of who does and does not support an idea, we should focus on the idea itself: education for girls. It shouldn’t matter whether the concept is a Western one, if the post-industrial powers influenced Yousafzai, or if the idea of education for girls is something many Pakistanis are not accustomed to. It comes down to whether or not we believe education for girls, in and of itself, is something we should strive for.

Considering the innumerable benefits it confers on both women and society as a whole—from less poverty to more human capital—it would be absolutely unfair, not to mention painfully antiquated, to not support and implement the idea of girls’ education, even in a country with a strong, centuries-old culture that may run counter to the idea. As Yousafzai told Jon Stewart, “I realized that education is very important and education is the power for women and that’s why the terrorists are afraid of education. They do not want women to get education because then women will become more powerful.”

Looking at the big picture, it seems pretty reasonable for Pakistan to work on fixing the educational gender disparity even without the global pressure that Yousafzai is generating. It shouldn’t be seen as the West trying to press Western values on Pakistan, but rather as the West (and hopefully the rest of the world as well) trying to press Pakistan to act on a genuinely great idea.

And it’s not just Pakistan that is failing at separating ideas from background. The West should not need a shot to the head by the Taliban tacked onto an already bright and inspirational girl’s body of work in order to focus its attention on this issue. A girl going out of her way in an often dangerous area of the world to speak out for equal education should be enough. We shouldn’t have to wait until this girl gets shot in order to truly lend our voices to hers.

What It’s Really Like to be The First Person in my...