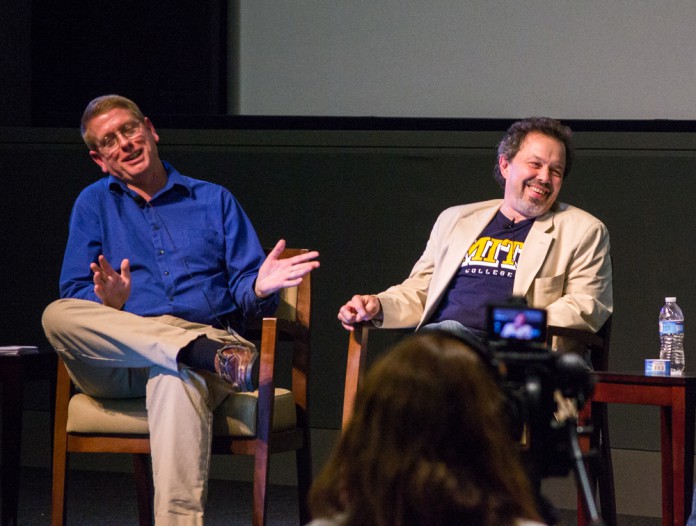 “Risky Business,” Brickman’s first major work as both a writer and director, tracks the transition of Joel Goodsen (Cruise) from a restrained, bookish suburban boy out to impress Ivy League schools into someone more confident and aware of the world, and of its dangers and possibilities. Central to Joel’s transformation is Lana (Rebecca De Mornay), the call girl that bursts into Joel’s life thanks to a prank by his friend Miles (Armstrong). Graceful, daring, suave, and with a keen eye for both business and trouble, Lana must help Joel get enough money to repair his dad’s Porsche which, thanks to her, spends a night in Lake Michigan. The solution—turning Joel’s home into a brothel for his rich school friends to indulge in—tests the young man’s courage and teaches him a thing or two about finding his feet in a chaotic world of eat or be eaten.

The film oozes style, and for Brickman, its creation was not as straightforward as one might initially imagine. Having watched Bernardo Bertolucci’s “The Conformist” (1970), he explained to the audience that he wanted to take that film’s sense of style, “mix it with humor, mix it with sexuality, and…see where that goes.”

The process of composition was anything but conventional. He began by developing the film’s tone, then the themes of criticism on modern capitalism, and then finally came up with a story that would help make sense of it all. Producer Jon Avnet was quick to point out that meeting Brickman’s stylistic demands was no simple task.

“Paul’s nature is very specific,” Avnet said, “and his visual style is very good but very exacting, and getting the time for him to get his vision realized [was] a problem.” He went on to praise the final product, however, saying that “visually, this film holds up extremely well.”

On the topic of difficulties that were encountered, Brickman and Avnet did not hesitate to criticize their distributing studio, Warner Bros. Pictures, because the studio had demands about how the film should end. Though Brickman’s initial vision for the film’s conclusion was more ambiguous and melancholic, leaving the futures of Joel and Lana in uncertainty, the studio insisted on something different. After what Avnet described as a “bloody, six- to eight-month battle,” Warner Bros. came out on top and had a more upbeat, optimistic ending.

The feud was complicated and protracted enough that it prevented the film from having a premiere, which, along with other distribution shortcomings, hampered the film’s success in reaching its box office potential. Nevertheless, Risky Business was a success, grossing more than $60 million over its modest $6 million budget.

“Script to Screen,” sponsored by the Carsey-Wolf Center and the Film and Media Studies Department, is featuring a screening of Stanley Kubrick’s “A Clockwork Orange” as well as a Q&A with star Malcolm McDowell on Dec. 3 at 7 p.m.