Meet Kelsey Gripenstraw, a fourth-year English major and fellow Gaucho who recently traded a fall semester at the University of California, Santa Barbara for Thammasat University in Bangkok, Thailand. Thanks to a scholarship opportunity, Gripenstraw is able experience a culture completely different from that of California, one that includes different foods, different languages, temples, and islands — and she’s having the time of her life.

While Gripenstraw is used to living a busy life, she notes that the pace of things definitely slowed down for her in Thailand. A normal day for her consists of waking up, going to school, eating, and hanging out with other students. This allows her to spend most of her time on weekends visiting markets in Bangkok or traveling to different attractions throughout the country.

One of these travels included a weekend excursion to the beautiful island of Koh Phi Phi.

“I have never seen water so blue or swam in water so warm,” recounts Gripenstraw. “I did an amazing hike to the highest point on the island, which led to an amazing view of everything below.”

Of the food in Thailand, Gripenstraw describes it as rich and flavorful, but incredibly spicy.

“When I arrived, my body could not handle spicy foods, but now I can eat a bit of it,” said Gripenstraw. She also notes that condiments and spices in Thailand are not your average salt and pepper. “Every restaurant usually has a bottle of fish sauce and a bottle of soy sauce on every table in addition to the quartet of condiments that provide the four essential aspects of Thai food: sour, sweet, salty, and hot.”

Despite the fact that she has adjusted to the surface-level differences, one thing Gripenstraw finds continually frustrating is that because her appearance automatically shouts “foreigner” and not Thai, she is often overcharged at temples, attractions, and markets because U.S. currency is stronger than theirs. One such incident happened when she took a cab to meet a group of friends.

“I usually walk there, but since I was running late I took a taxi. It’s only a 10-minute walk, but he took me on a 40-minute cab ride due to a route that he thought I would not realize he was taking. My Thai language skills were very limited so even though I kept motioning for him to turn around, he continued driving the wrong way. Cab drivers will often take longer routes when driving foreigners to make more money. It’s sort of nonsensical because it also means they have to pay more for gas, but it’s happened to me at least three times.”

However, she has not let these encounters hinder her study-abroad experience. In fact, she decided to open a blog which details all of these experiences and serves as her personal memoir. Readers can learn about Gripenstraw’s decision to take a Thai language course to improve her Thai language skills, excursions with friends, and interactions with the natives. She says that all of her experiences, good and bad, have made her more self-aware and observant, and that she is still fascinated by her surroundings. Traveling has taught her important life lessons, such as not fretting over things that have gone wrong in the past, and she has learned more about other people and about herself.

“It’s best to enjoy where you end up and make the most of your chances to travel,” said Gripenstraw.

To read more about Kelsey’s adventures in Thailand, check out her blog at kelseyinbangkok.wordpress.com. 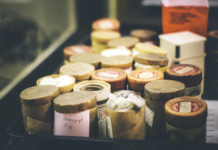 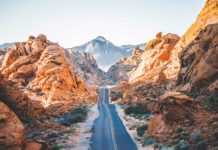