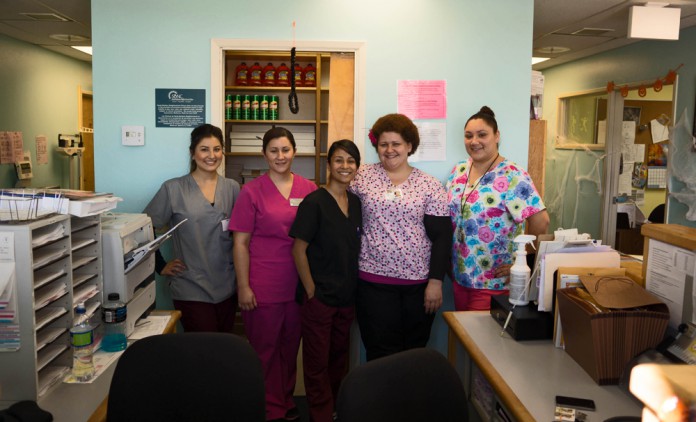 A bustling and vibrant college town, Isla Vista has a sense of community that’s undeniable. Nowhere is this camaraderie felt more strongly than in a small white building just next to Embarcadero Hall, the Isla Vista Clinic. You may not have heard of it, but it’s been providing low cost quality health care for over 40 years to anyone who needs it, including students.

Founded in the 1970s to provide free health care to the students at University of California, Santa Barbara, the IV Clinic has since been incorporated along with three other clinics to form the Santa Barbara Neighborhood Clinic (SBNC) system. Given their affordability and ease of access, the clinics of the SBNC, including the IV Clinic, serve a pivotal role in their respective communities.

Dr. Charles Fenzi, the Chief Medical Officer of the clinic for the last year and a half, as well as much of the dedicated staff of nurses, physicians, and even a few UCSB alumni, optimistically stated that this past year, UCSB students have been using the clinic more than ever before. But the clinic also serves anyone in the community of IV and Goleta, especially those who lack the financial resources to go anywhere else — “folks working two or three jobs” said Fenzi. Similarly, those who have fallen on hard economic times and who currently lack insurance have taken advantage of the clinics’ low-cost services. Fenzi explained that he even had a patient who was forced to “sell his two Mercedes” as well as his “$500,000 house due to a difficult financial situation.” Thankfully, the clinic was there to provide quality and affordable medical care.

The clinic performs a wide array of services, including small surgeries like treating skin infections and applying stitches, but some of the biggest services they provide include chronic care as well as family planning and reproductive health. And since the clinic recently started accepting more insurance plans, more people have taken advantage of its services.

It may not be a full blown hospital, but don’t deny this clinics’ potential. Recently, the clinic switched to an electronic health record (EHR) instead of keeping hard copies of patients’ medical files. Such a comprehensive process normally takes about a year to a year and a half to complete, but Fenzi proudly stated that the staff accomplished the feat in just eight months.

As a non-profit organization that receives much of its funding from the state, the IV clinic is truly dedicated to helping the patient. Fenzi, who came out of retirement to take this position after a 30-year practice in New Mexico, called it “the best job [he] ever had.”

The staff of the clinic has such a mission-driven attitude that it’s contagious, said Fenzi, and the patients are especially appreciative of the clinic’s services “because many of them don’t have an alternative.”

When asked if he had words for the UCSB students, Fenzi simply said, “We’re here… The IV Clinic is absolutely a resource for students.”

You can tell that these people really want to help and make a difference in the community for the better. More and more students have been taking advantage of the clinic as a cost-effective alternative to the Gaucho Health Insurance program. Regardless of whether or not you have health insurance — or if you just want to see if the clinic would be a good fit for you — stop by and visit. The clinic, located on 970 Embarcadero del Mar, is open Monday through Friday from 8 a.m. to 6 p.m., and on Saturdays from 8:30 a.m. to noon. For further information, visit http://www.sbclinics.com/isla_vista.html.