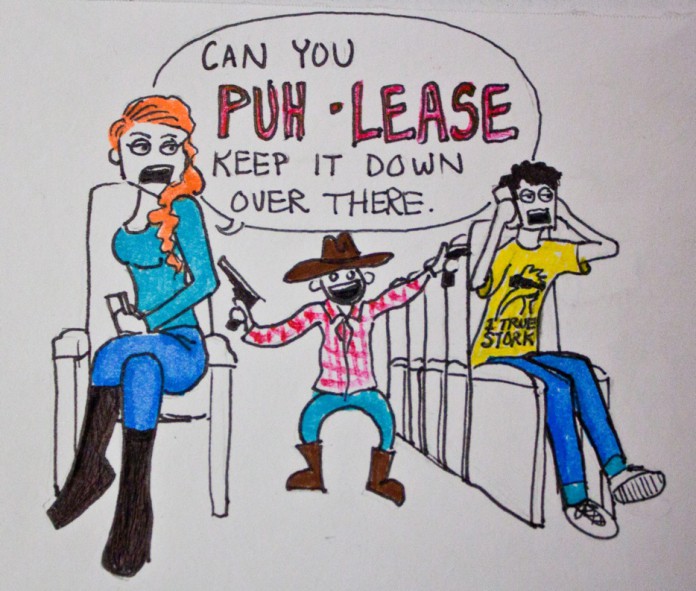 Look around you. How many people, assuming you are in a public space while reading this article, are staring down at some device, whether it be a smartphone, tablet, or Kindle? Now be honest with yourself. How many times in this day alone have you turned on your phone, either to update a Facebook status or simply check the time? Many are not aware that the average smartphone user will check his or her phone approximately 150 times in the course of one day. An annual Internet trends report published by Kleiner Perkins Caulfield & Byers found people check their phones 23 times a day for messaging, 22 times for voice mail, and 18 times to get the time. Other common uses for a smartphone during the day include 12 times for gaming, nine times for social media, and eight times for camera.

This report went on to state that when asked how social and communication activities on smartphones made them feel, the two most common feelings users responded with were “connected” and “excited.” I bring up the results of this report in light of a recent tragedy that happened in San Francisco. On the night of September 23, Nikhom Thephakaysone pulled out a .45-caliber pistol several times on a crowded Muni train with no one noticing. It wasn’t until Thephakaysone shot San Francisco State University student Justin Valdez in the back that people realized an armed man accompanied them in the train car.

How could this have happened? This scene, captured on Muni cameras, shows the passengers of the train all with their eyes downward, focused on their various smartphones and tablets. No one notices the man in the back of the train pull out a gun several times, once even using the hand holding the gun to scratch his nose. Smartphones make them feel connected, they say? Interesting. How connected can one be when they do not realize a man with an unconcealed deadly weapon stands mere feet from them?

Yes, smartphones have their place in society. Lost? Simply pull up Google maps. Need to transfer some cash on the spot? Open up your banking app. Need to check the weather? Opening the weather app is much simpler than finding the nearest newspaper and flipping to the forecast. Smartphones often provide quick, easy solutions and fit conveniently in the back of your pocket.

As technology surges forward, and companies develop more involved and even wearable products, such as Google Glass, slated for release sometime in 2014, you must ask yourself whether being so connected to the web, to your friends, and to your device makes you in turn more disconnected from the world.