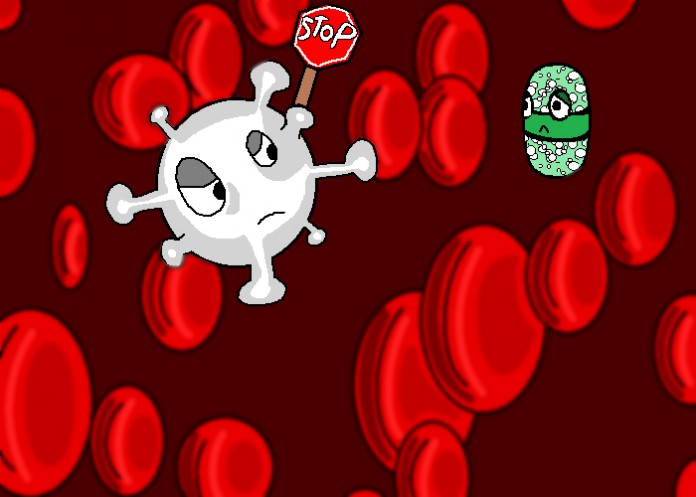 A research team at Holland’s University of Groningen has come up with a way to turn off antibiotic agents after use, a discovery that could prevent the build-up of active antibiotics in the environment.

According to the BBC, researchers used heat and ultraviolet light to change the shape of antibiotic drugs once they had completed their medicinal function. By equipping the antibiotics with certain chemicals that react to light and heat, the drugs could actually be switched off after a few hours. Since atoms loosen and rotate when influenced by light, changing a drug’s shape makes it harder for it to fit back into the enzymes it had been binding to, so the antibiotic stops working because it can no longer reach its target.

This revolutionary discovery could mean a big advance in science and medicine. Recently, the dangers of an antibiotic-dependent society have been becoming clear, according to Mayo Clinic. Normally, antibiotics cannot stop working once their host is healthy again; instead, they keep attacking bacterial cells, and even some healthy cells. Because the drugs keep working, pathogens and harmful bacteria can build up resistance over time, leaving scientists to create new strains of antibiotics.

As a result, bacteria may be getting stronger while our medicine gets weaker. According to Mayo Clinic, one major use of antibiotics is as prescription medication, which has only added to the problem. Sick patients often request or receive antibiotic medications for viral illnesses, although antibiotics only work on bacterial infections. Especially during the annual flu season, many patients use unnecessary antibiotics, which leads to their bodies building up more resistance against the drugs.

Nowadays antibiotics are more and more often viewed as mainstream medicines, even though they should only be used for serious infections. According to Mayo Clinic, our bodies may eventually be unable to fight off infections with the use of antibiotics because bacteria will have become resilient to every type of developed antibiotics.

This new discovery could radically change the way harmful bacteria react to antibiotics, because they would only have a few hours to develop resistance. This, in turn, could help prevent the development of an overall bacterial immunity to antibiotics, according to the BBC, as important drugs like all-purpose antibiotics that can treat multiple viral infections have a fast emergence of bacterial resistance.

Although the process of effectively turning off antibiotics is still underway, the researchers have made a significant discovery by finding a way to render antibiotics useless only by using ultraviolet light. According to the BBC, Ben L. Feringa, one of the researchers working on this project, is now working on developing antibiotics that change with visible or infrared light, which are less harmful when entering the body.