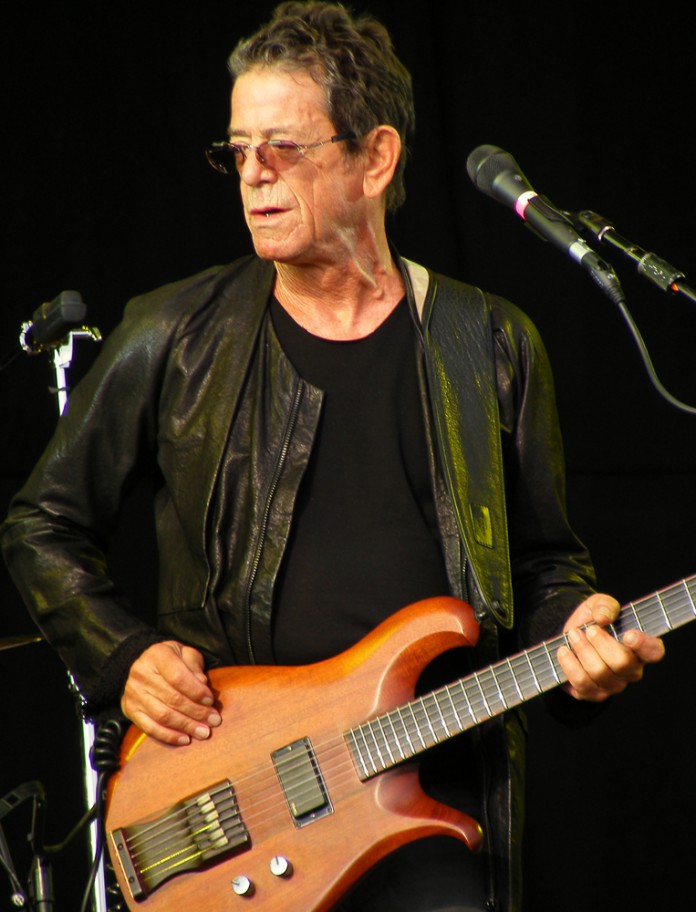 Watch out, the world’s behind you
there’s always someone around you
who will call
it’s nothing at all…”

“Sunday Morning” by The Velvet Underground

News broke out that Lou Reed died at the age of 71 on Sunday morning, Oct. 27, only five months after receiving an emergency liver transplant.

The death of the rock n’ roll legend came as a surprise to the music community. After canceling several shows and an appearance at last year’s Coachella, he emerged “stronger than ever” from his surgery, publicly announcing on his website that he was “a triumph of modern medicine, physics and chemistry.” Reed believed that tai-chi and a health regimen had saved his life; he continued by saying, “I look forward to being on stage performing, and writing more songs to connect with your hearts and spirits and the universe well into the future.”

The Velvet Underground’s former front man has been referred to as the godfather of punk and the influential forerunner of alternative, garage, and new wave rock bands. From The Strokes and Nirvana to the Modern Lovers and Jesus & the Mary Chain, most modern bands are acolytes to the inventive, bound-breaking style of The Velvet Underground. The band’s cultural prominence and significance can be perceived in everything from the ubiquitous attitude of indifferent rock-cool to a musical record’s reputation as a work of living, organic art.

Reed formed the avant-garde and prolific The Velvet Underground in 1965 with Welsh violinist John Cale. The band rose to local prominence in New York as the house band for Andy Warhol’s Exploding Plastic Inevitable, a series of mixed media shows and performances from 1966 to 1967.

Their 1967 debut album, “The Velvet Underground & Nico,” (fronted with the iconic “Peel Slowly and See” banana pop image) is considered one of the greatest albums of all time by rock historians. Featuring the atonal German seductress Nico (Christa Päffgen), at Warhol’s insistence, the album features drug-binged, disillusioned classics such as “Waiting for My Man,” “Run Run Run,” and “The Black Angel’s Death Song.” This album also projects incredible sonic range in the charming “I’ll Be Your Mirror” and the glooming viola resonance of “Venus in Furs.”

“Heroin,” which has matured as one of The Velvet Underground’s celebrated songs, opens with the lyrics “I don’t know, just where I’m going / But I’m gonna try for the kingdom, if I can…” Reed’s signature drawl of off-kilter, deadpan, and jabberwocky poetics developed into an iconic vocal style imitated by many but never exactly matched.

Subsequent records “White Light/White Heat” and “The Velvet Underground” pushed sonic boundaries even further, featuring classics such as the paranoiac love-epic “The Gift,” the hauntingly saccharine “Pale Blue Eyes,” and the mystic reverberation of “Here She Comes Now.”

The Velvet Underground’s final album with Reed, the 1970s “Loaded,” features some of the band’s most radio-friendly hits, including “Sweet Jane” and “Oh! Sweet Nuthin’.” On the track “Rock N’ Roll,” Reed sings with direct expression, “Despite all the amputations / you know you could just go out / And dance to the rock n’ roll station/ it was alright.”

Though receiving little commercial and artistic recognition in their musical heyday, The Velvet Underground revolutionized popular music for generations to come. Their fuzzed-out, frenetic guitar riffs and minimalist drones have become staple sounds for hard rock, psychedelic, and pop acts around the globe.

Reed later embarked on a successful solo career; his album “Transformer,” produced by David Bowie, featured the mysterious and absurdist “Satellite of Love,” the rollicking “Vicious,” and Reed’s only American Top 40 Hit, “Take a Walk on the Wild Side.” By the 1980s, Reed embraced a sober lifestyle, and by that time, The Velvet Underground received wide, mainstream credit for its contributions to modern music.

Instead of leaving a mark on the musical and cultural zeitgeist, Lou Reed left a stain that can’t be ignored. And that’s probably the way he would have wanted it.