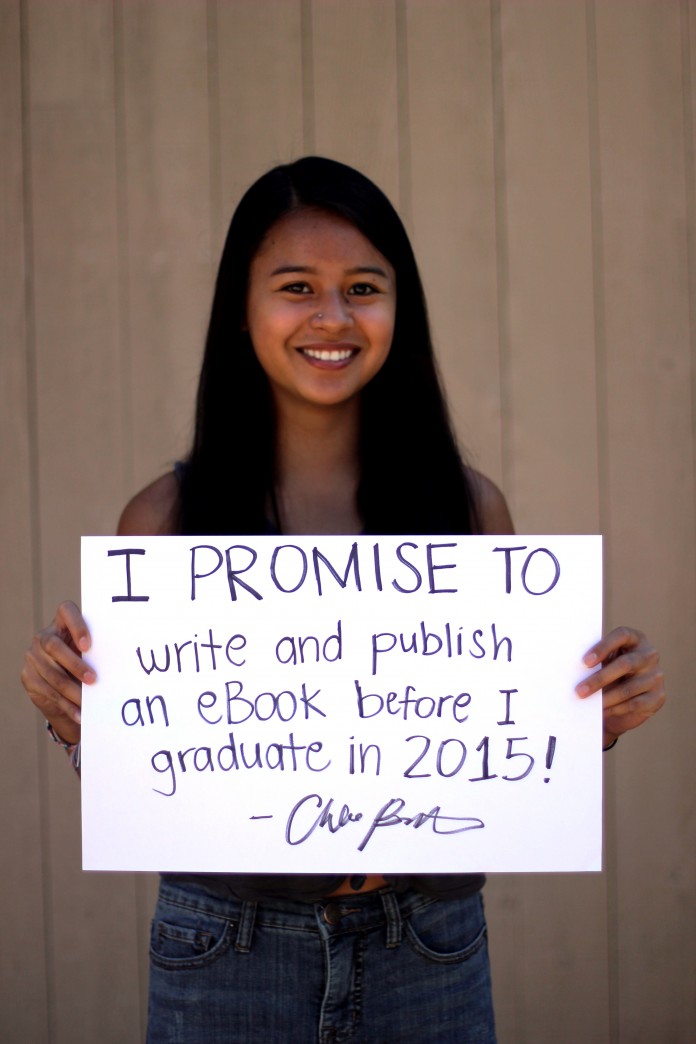 The University of California has increasingly become a stepping stone for people who have gone out to make the world a better place. On Sept. 18, 2013, the UCs began a program called the Promise for Education, a six-week campaign that rallies students, celebrities, and businesses alike to help raise money for student scholarships.

The way this campaign works is that individuals make a promise to do something and set a crowd-funded goal ($50, $100, $500, or more) that they intend to reach in donations once they have fulfilled their promise. To raise donations, the promise is shared through social media channels, such as Facebook or Instagram.

“Our promise, as a public research university, has always been to provide the brightest Californians a world-class education at an affordable price,” the Promise for Education website states. “Now it’s time for your promise.”

Students as well as faculty have come up with a variety of promises, one of which was made by Vice Chancellor Michael D. Young, who promises to switch jobs for a day with Associated Students President Jonathan Abboud, as well as shadow at least four other University of California, Santa Barbara staff members during the winter quarter.

The Promise for Education program has already brought much attention from the media, as well as celebrities such as Jamie Foxx, Sasha Alexander, Mike Love (the lead singer of the Beach Boys), and Gov. Jerry Brown, among others. Sponsors for the program include Bank of America, Spotify, Muzik, and Facebook.

“Helping low- and moderate-income students to become tomorrow’s leaders with a world-class UC education is a goal we all share,” said Janet Lamkin, Bank of America’s California president. “As an extension of our longstanding partnership with the University of California on business, agricultural, environmental and other programs, we’re proud to partner with the university on the Promise for Education campaign.”

Looking for new ways to increase private support for UC tuition costs has become increasingly more important. According to the Promise for Education website, within the past five years, the UC system has had budget cuts of almost $900 million. Prior to such cuts, the state of California was able to cover 78 percent of student tuition costs. However, the state now only covers 39 percent of student debts. With this drastic change in state support, there are increasing questions regarding the value of a college education and what private sponsors can do for a student’s future.

With the increasing costs of a university education, many students could be turned off from applying to universities in order to save money and financial hardship for families. The Promise for Education aims to provide students in great need with aid in order to attend universities. This campaign focuses on making education more accessible and open for students of all backgrounds.

Although the program will be coming to an end on Oct. 31, over 700 individuals have already posted promises to generate scholarship funds, according to the Promise for Education website. About 300 of the promises come from UC students, about 60 of which are from students at UCSB. So far, the campaign has raised over $1,000,000 in scholarship funds for future UC students in need of tuition funds.