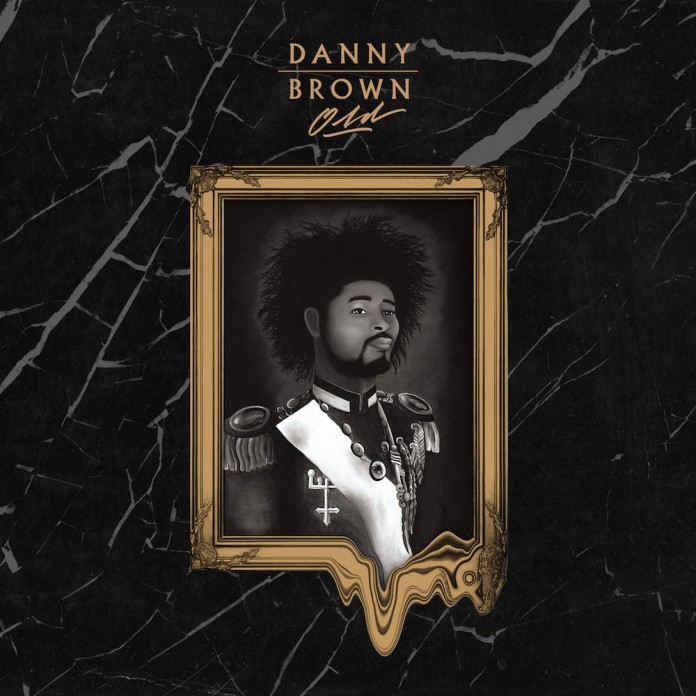 That anticipation was finally met with a wonderful third studio album that was released on Oct. 8, 2013. Danny Brown’s latest album, “Old,”  is heavy, thought-provoking, and it serves as a throwback to his earlier sounds. He offers a new train of thought in the realm of hip-hop, taking listeners on a journey through the ghettos and into the future.

A kid from Detroit struggling to make ends meet, his earliest music was reminiscent of hardcore hip-hop, layering gangster rap over sample-heavy J Dilla type beats. As his life changed, his style evolved with him, and the title “Old” refers to the friends and family back home who knew Brown and the start of his career history.

In the theme of vinyl, the record splits into a Side A and a Side B. Side A addresses the original fans he had in his old school fashion, and lyrically, Side A is gangster and very much that “old” Danny Brown. “The Return,” featuring Freddie Gibbs, is one of the smoothest tracks on the album. Gibbs’ voice gels perfectly with the beat and feels the most “old school,” but the progressive and alternative instrument samples keep it sounding fresh.  However, the instrumentals nod to the future, especially heard on “25 Bucks,” a track produced by Purity Ring.

“Dope Fiend Rental,” a heavy production by SKYWLKR, features Schoolboy Q and fulfills all the expectations that most people had for the album, although it’s only a short deviation from the theme of Side A. But as the nighttime stolen-car adventure of “Dope Fiend Rental” ends, the latter half of Side A begins with “Torture.”

In “Torture,” Danny raps about how he isn’t happy with his life due to his childhood experiences in Detroit. The chorus comes in several times, where Danny raps, “Look in my mind and see the horrors / All the shit that I’ve seen / Nigga it’s torture.”

The next tracks, “Lonely,” “Clean Up,” and “Red 2 Go,” serve not only as an ending but also as a transition from Side A to Side B. Brown then asks if anyone is nervous or afraid for what’s to come.

Side B kicks off with “Dope Song,” where he explains that he’s done rapping about his times selling dope and selling drugs in general, but not done making dope songs.

“Old” is lyrically one Brown’s strongest albums, as he has evolved noticeably in his poetry. He improves and experiments, as Brown’s use of multiple voice timbres has become more selective and satisfying.

The record comes to an end with “Float On,” in which Danny Brown ponders the future of hip-hop and any effects he might have on it. He truly considers himself a “hybrid” artist and not just another rapper. It’s blatant in his lyrics and his use of concepts to push the music from “just rap” (words over repetitive beats) to a vitalizing yet intoxicating experience. He wants to push the game forward, and prove himself as an artist, especially since “rap shit was sci-fi” in his neighborhoods growing up.

The last sobering lines he delivers on the album, “Pray I get old just to hear I been the future / Just to see my influence in this genre in music,” offer a rare peer into his soul. He often states in his interviews that he isn’t truly happy, and that no one really knows him, but it’s songs like “Float On” that give fans insight and a passionate love for his music.

Photo Courtesy of Pretty Much Amazing