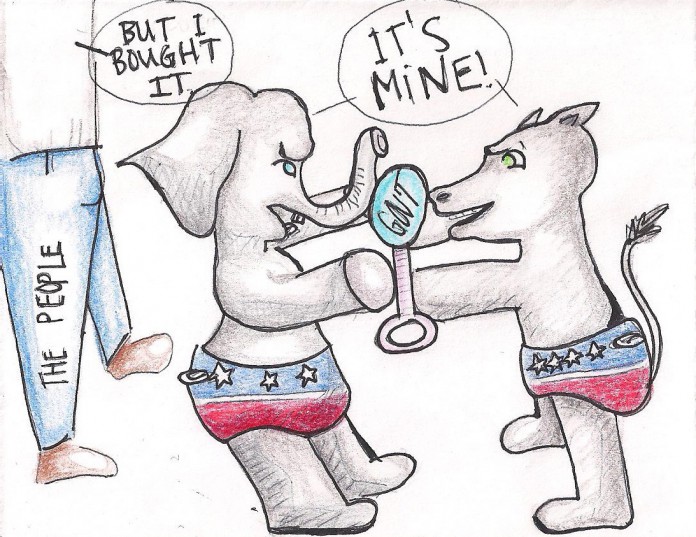 The United States government shut down on Monday, Sept. 30, when the Republican-controlled House and the Obama administration failed to agree on financing the government, and the federal government essentially ran out of money. The stalemate occurred shortly before midnight after a long budget standoff, largely due to a long debate over the Affordable Care Act, known also as “Obamacare.”

House Republicans have continuously sought to delay the implementation of the health care law since it was passed almost three year ago and upheld by the Supreme Court in 2012.

In the hours leading up to the fiscal year deadline, House Republicans won approval, in a vote of 228-201, of a new plan to tie government spending to a one-year delay in a requirement that individuals buy health insurance. In other words, their budget plan would cut funding for the Obama administration’s health care act.

Only 57 minutes later, the Democrat-controlled Senate refused the House health care provisions and sent their six-week stopgap spending bill, which is largely free of policy prescriptions, right back to the House. Earlier in the day, the Senate had taken less than 25 minutes to convene and dispose of a different weekend budget proposal by the House Republicans.

“They’ve lost their minds,” Reid said. “They keep trying to do the same thing over and over again.”

Similarly, House GOP leaders said in a brief statement, “We will do our job and send this bill over, and then it’s up to the Senate to pass it and stop a government shutdown.”

The House’s most headstrong conservatives were persistent in seeing their efforts through until an inevitable shutdown. The shutdown and the inability to compromise have tested the patience of voters and more moderate Republicans.

The two bodies have come close to failing to finance the government several times before, but always came to a last-minute resolution.

USA Today cited several government functions that would likely come to a halt. These include government agencies that rely yearly on congressional appropriations, such as the Pentagon and the National Park Service.

Fortunately, Social Security, Medicare, Medicaid, and other programs that are funded automatically each year escaped the worst effects.