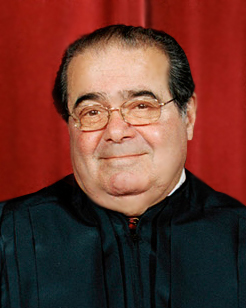 The history and development of the United States of America as a nation has been inarguably characterized by constant ideological evolution, the likes of which have had a pervasive and inescapable influence on any and all societal progress. This progress, however, consistently faces obstacles in the form of living, breathing institutional barriers such as, for instance, Senior Associate Supreme Court Justice Antonin Scalia.

While reading an interview with the justice, conducted by New York Magazine’s Jennifer Senior, I could not help but be struck by the degree to which Scalia’s ideas have remained stagnant, largely unaffected by the passing of time and impact of modernity. But after all, I thought, after 27 years the guy must be tired of trying to keep up.

This, then, begs the question: can fault be found in the constitutional provision that judges may serve lifelong terms, in Scalia’s belief system and the application of its principles, or in a combination of the two?

It seems to me that the last possibility is the most likely. Scalia is a strict adherent to the principles of originalism, which require that he interpret all legislation within the framework of the constitutional terms and intent originally put in place by the framers. His refusal to stray from this mindset is abundantly clear in his notoriously scathing statements of dissent in cases such as Atkins v. Virginia, when he declared that execution of the mentally retarded under the death penalty is not so “morally repugnant as to violate our national ‘standards of decency’” based on the belief that in 1791, such executions would not have been considered unconstitutional.

However, he does concede in his conversation with Senior that many of these laws qualify for a “stupid but constitutional” stamp and cites flogging, a form of whipping permitted by the framers as punishment for those convicted by court-marshal, as an example. Much like executions of the mentally handicapped, a group about which modern society as a whole is considerably more educated than were its ancestors, I feel it is safe to say that in most contemporary cases something as archaic as flogging would be reinterpreted and deemed “cruel and unusual” under the Eighth Amendment.

In addition to operating under the restrictions of such a limited viewpoint, there seems to be an alarmingly distinct possibility that Scalia has chosen to turn a selectively blind eye when it comes to press coverage of national issues. He skims the Wall Street Journal and Washington Times as his exclusive sources of print news, claiming that other publications are “shrilly liberal” and thus not worth the read. In his words, “I read newspapers that I think are good newspapers, or if they’re not good, at least they don’t make me angry.” It seems fair to wonder, then, should the American people apply such a theory to Scalia’s consistently inflammatory court opinions, how many would actually be read.

The majority of the justice’s news, however, comes from the “talk guys” he listens to on his way to and from work. He particularly favors Bill Bennett, who, in Scalia’s eyes, “keep(s) off the stupid people.” Incompetent radio hosts aren’t the only thing Scalia makes a point to avoid; he frequently dodges the State of the Union address as well, citing it as “childish.”

This isolationist philosophy with regard to current events, paired with a distinct unwillingness to adopt a progressive view of the law, creates what appears to be the perfect recipe for an ideologically paralyzed society. As put by Dahlia Lithwick of Slate Magazine, “he seems a bit like a man living on a tiny remote island of the Supreme Court, and even on that tiny island, he’s forever more alone.

Thankfully, on many issues of vital societal importance, Scalia has represented the minority opinion. However, to consider the implications were this not the case is truly frightening and certainly raises concerns about the lifelong nature of the justices’ terms. In cases such as the recent decision to strike down Section 3 of the Defense of Marriage Act, for example, Scalia’s originalist standpoint led him to defend the section as “codify(ing) an aspect of marriage that had been unquestioned in our society for most of its existence — indeed, had been unquestioned in virtually all societies for virtually all of human history.”

Furthermore, Scalia notes in the interview that as senior associate justice, his job has become significantly easier because many of the cases he sees involve simply the question of extending an old opinion, most of which he “dissented from in the first place.” In this we see further evidence of the sort of redundancy that contributes to the stagnation of ideological progress.

The issue at hand with such an undoubtedly iconic figure in American government is not one of respect, of intelligence, or even necessarily validity of belief; it is one of relevance to modern American society. The United States of America always has been and always will be a constantly growing and changing nation, reshaping and adapting its founding principles to fit new circumstances. To have this adaptation hindered is an unfortunate plight that progress-minded citizens should not be forced to endure.

Photo Courtesy of Supreme Court US 2009