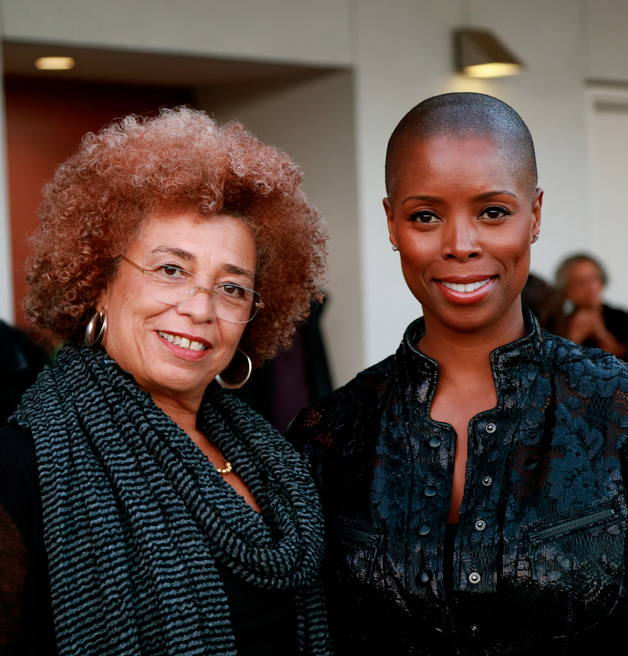 Pollock Theater was packed to capacity with students, faculty, and members of the larger Santa Barbara community on Thursday, Oct. 10, for a screening of “Free Angela and All Political Prisoners,” written and directed by Shola Lynch, followed by a Q&A with Angela Davis herself and Producer Sidra Smith. Sol Sisters Rising, an organization that advocates for women of color in film, has played a strong role in getting the film to the masses.

Davis is a political activist who has dedicated her life to freeing political prisoners and speaking out in defense of activism campaigns. Davis is a Distinguished Professor Emeritus and worked in the History of Consciousness and Feminist Studies departments at University of California, Santa Cruz.

Davis faced a lot of adversity growing up as a woman of color during the Civil Rights Movement of the 1960s. She was studying in Germany at the time that the movement began.

Not too long after her return, she became a professor of Philosophy at University of California, Los Angeles. She was soon singled out for her open membership in the Communist Party and was fired due to the combined “threat” of her being both communist and African American, though the university cites different reasons. Her treatment as a professor at UCLA strengthened her resolve to advocate widely for equal rights, regardless of the color of one’s skin.

Davis refused to let herself miss the social change going on in America, and when asked if she believed in the Mark Twain quotation, “Don’t let school get in the way of your education,” she replied, “Yes, definitely.”
Before the screening began, Davis was happy to meet students who looked thrilled to shake her hand, and after the event she did book signings and talked with the attendees. The film portrayed Davis in a genuine light. It did not try to make her look like an angel who never did any wrong, but as a human who deserved to be treated as a human.

When asked the question, “What advice would you give to first generation college students of color?” Davis replied, “Know that you are not alone and you aren’t the first to do so. You stand on a collective consciousness.”

Davis has worked tirelessly to help reach out to people about the collective consciousness. No one person is alone in a platform they advocate for, and banding together will go a long way in seeing change in the current social situations.

“Young people can perhaps be inspired by witnessing the unfolding of this story because there are so many social justice issues today that might begin to be resolved by building movements that are global in character,” said Davis in an effort to help students in the audience realize their potential.

Davis’ story captures the idea that it only takes one person to stand up and decide to do something.