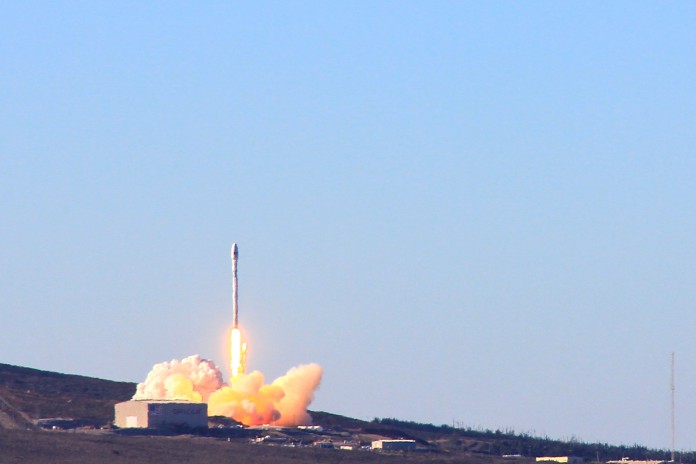 In a pioneering step toward commercial space travel, company Space Exploration Technologies launched a test rocket Saturday, Sept. 28, that successfully made it into orbit. The rocket, Falcon 9, was designed to allow SpaceX to eventually determine if they are ready to begin the commercial satellite launches they have projected for the end of this year.

According to the SpaceX website, the latest launch implemented the use of nine proprietary Merlin engines formed in an Octoweb pattern. The pattern clusters the nine engines together, with eight engines surrounding a central engine. The company states that this design makes the rocket the most reliable launch vehicle in use today, since it is able to still complete its mission successfully with up to two engine shutdowns.

Falcon 9 has made six launches since June of 2010, all of them successful. The most recent launch has taken the rocket one step closer to being human-rated, or certified for human transport, while also being the first launch out of the new launch facility at California’s Vandenberg Air Force Base. The success of the launch also bodes well for the more immediate future of commercial satellite launches.

The Falcon 9 launch rocket has helped to launch another space vehicle developed by SpaceX, the Dragon spacecraft, into orbit. Its pressurized capsule has already successfully traveled from Earth to the International Space Station with supplies and is expected to carry human passengers in the future.

NASA has stated that SpaceX takes a much cheaper approach to rocket design and engineering than NASA itself traditionally takes in contracting rockets. NASA has contributed to the funding of SpaceX, and due to the private partnerships that SpaceX utilizes, the idea of realistic commercial space travel is in fact tangible.

The success that SpaceX is having is also paving the way for other private partnership companies to build off of what Falcon 9 has thus far been able to accomplish. The addition of more companies, such as Orbital Sciences Corporation and AERA Corporation, working to make space travel open to the public turns the idea into a more solid reality.

SpaceX estimates the cost of travel to be about $1,864 per pound when the rocket is carrying its maximum cargo weight. The high cost will likely serve as a barrier to most consumers.