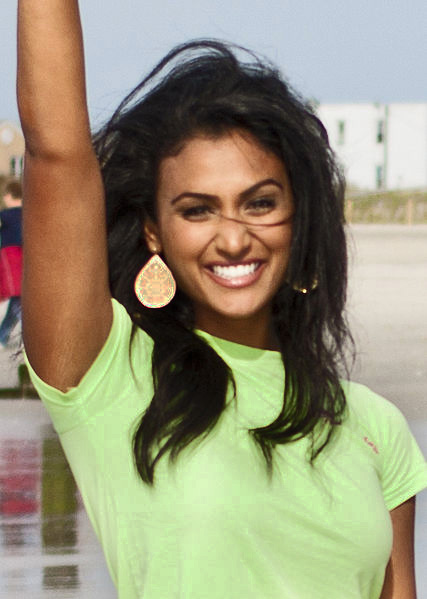 The Miss America pageant caused quite a stir this year when Miss New York, Nina Davuluri, was crowned as the first ever Miss America of Indian descent. Soon after, the Twittersphere exploded with accusations, insults, and racial slurs directed at Davuluri. JPLman95 tweeted “Miss America? You mean Miss 7-11.” Perhaps more disturbing than the insulting Indian stereotypes were the accusations of Davuluri being an Arab terrorist. @SHANN_Wow asked, “Miss America right now or miss Al Qaeda?” while others, such as @jakeamick5, claim “She’s a [sic] Arab #idiots.”

The willful ignorance on the part of these individuals is inexcusable. In the age of the information superhighway, there is no excuse for the lack of knowledge about Miss America’s heritage. But these comments point to a surprisingly controversial question: what does it mean to be an American? According to these tweets, it most certainly does not mean being of Indian origin.

The problem with these tweets lays not so much in their blatant racism (although that is certainly a problem), but in their refusal to acknowledge that Davuluri is, in fact, American. It is also worth noting that being of Arab descent does not make one un-American any more than being Indian does. We are a country of immigrants, and all should be welcome here, no matter their country of origin. Refusing to accept Middle Eastern individuals as devoted and loyal citizens of our country is perpetuating a culture of fear, ignorance, and hate. Furthermore, accusing Davuluri of being a terrorist because she looks Arabic is indicative of a discriminatory and hateful mindset that no American should be proud of.

Among the insults directed at Miss New York, there was praise for the “more American” Miss Kansas. @Kalebistoocute wrote “Man our president nor our new Miss America isn’t even American I’m sorry but Miss Kansas I salute you your [sic] the real American.” According to BuzzFeed.com, the most-shared photo of the evening was a four-frame composition of Miss Kansas, portraying her hunting and in a U.S. military uniform with the caption “real Miss America.” While it’s true that these traits do represent the average citizen in some parts of this country, no one person could equally represent all values of every part of this nation. In addition, according to the official Miss America website, the winner of the Miss America is judged on how well the contestants portray “style, sophistication, and service,” not how she typifies the average citizen. If representing the average American were part of the criteria, the participants would certainly have to be a lot heavier.

The comments and actions of these individuals have been disrespectful, not only to Davaluri but also to the judges who chose her and her fellow minority contestants. Davuluri has handled this mudslinging with grace and poise, proving herself to be, beyond doubt, a worthy Miss America.