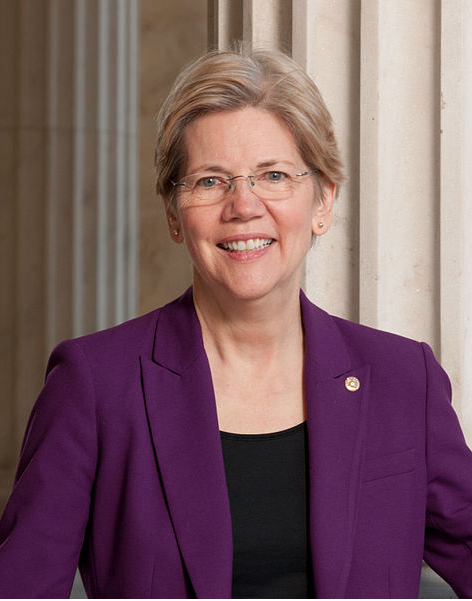 In today’s climate, the public’s political polarization is unsettlingly prevalent (say that three times fast). So, when unlikely political playmates join forces, one would expect their proposal to be not only significant, but also in the constituents’ best interests – even if their values fall on either side of the fence. Senators Elizabeth Warren (D-MA), and John McCain (R-AZ) have joined forces to introduce a 21st century Glass-Steagall Act – and they’re turning heads.

The 21st century Glass-Steagall Act is thematically equal to four provisions of the Banking Act of 1933 but includes some modern adaptations. In a post-depression America, an innovative Congress wanted to erect a firewall between the investment banks and the commercial banks. This would ensure that the run-of-the-mill commercial banks (where one opens a checking and savings account insured by the Federal Deposit Insurance Corp.) would not bear the burdens of its risky counterparts – the investment banks (where insurance, swaps, dealing, hedge funds, and private equity matters take place sans federal insurance). Essentially the country would have two different types of banks for different purposes: one for the Average Joe’s deposited money, and one for big businesses to invest with. It was enacted in hopes of keeping banks open, money safe, and re-cultivating trust in the government. It’s no surprise that talks of reinstating the act emerged after the late 2008 recession.

The Act lasted from 1933-1999 and America blossomed; the country experienced 60 years of unprecedented growth and prosperity and rolled out the welcome mat for a middle class. As Aaron Sorkin’s Newsroom character Sloan Sabbith neatly summarizes, “Oh yeah, we also won World War II, put a man on the moon and a computer in everyone’s lap.” But as one can imagine, our friends on Wall Street weren’t too keen and the act was repealed in November 1999.

Today, Warren and McCain along with Sens. Maria Cantwell (D-Wash) and Angus King (I-Maine) unite for essentially what would be the same separation between lending and trading that was introduced in 1933.

“Since core provisions of the Glass-Steagall Act were repealed in 1999, shattering the wall dividing commercial banks and investment banks, a culture of dangerous greed and excessive risk-taking has taken root in the banking world,” said McCain in a written statement. “Big Wall Street institutions should be free to engage in transactions with significant risk, but not with federally insured deposits.”

Similarly, Warren told Bloomberg Television’s Peter Cook in an interview, “If you want to do high-stakes gambling, good on you, but you do not get access to people’s checking accounts and savings accounts.”

For some of us, this legislation seems too good to be true; unfortunately, the outlook of its passing is cloudy. Warren in a statement to the Treasury Department said, “Based on what the regulators did to Glass-Steagall over the last 30 years, I don’t expect anyone on this panel will jump and endorse the new Glass-Steagall bill.” It’s true — the culture of deregulation was spawned in the late 20th century and formed the bedrock for the repeal in 1999, and this culture is still very much alive today. Current legislation of the same hue includes the Volcker Rule provision in the Dodd-Frank Act of 2010. This rule prohibits commercial banks from proprietary trading and has unfortunately been so laden with loopholes and exemptions by regulatory agencies through its three-year finalizing process that one can’t help but be a little disheartened for Glass-Steagall 2.0. But Warren stated to the Treasury Department, “Even so, we’re going to keep pushing for it.”

If the Act were to be signed into federal law, it’s clear that the outcome would be rewarding for the little guy – but only to a certain degree. None of the four senators have declared this act to be the end all cure all for the long war against Wall Street subterfuge, but it is a step in the right direction – or left, rather. At the end of the day, if two political foes stand united, it’s worth considering the change they’re asking for.

The Truth Behind Astrology: A Debate

Why Society Is No Better Off with the BlackLivesMatter vs. BlueLivesMatter...